According to the American ambassador’s wife, Edith Belcher, this was one of her worst days. One of her closest friends was shot that afternoon 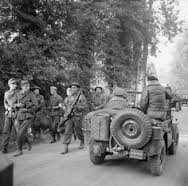 According to the American ambassador’s wife, Edith Belcher, this was one of her worst days. One of her closest friends was shot that afternoon:

Suddenly at six the curfew siren wailed…Toby rushed to call the office and all we could hear him say was, “Oh, God no!”. At that moment Bruce rushed in pale as a sheet and said “They’ve shot Basil”. We were frozen. Toby rushed off and I rushed off in my little car to get Nitza and Christopher home. We knew nothing of Basil’s condition. I started back across the square and towards the Nicosia Club where Christopher lives nearby. A Greek peddler was pushing his chart in the gutter beside us. A jeepload of soldiers roared at him to get off the road and one leaned out and pushed him. The Greek yelled back in broken English “You break my store”. The jeep stopped abruptly, one soldier leaped out and, shoving his gun into the man’s stomach, screamed, “shut your bloody mouth or I’ll shoot you”. They pulled out again and yelled t me to follow them. I said “where?” One came out to ask if I was all right and where I was going. He couldn’t have been gentler with me. But their tempers with the Greeks are at the breaking point. It is not surprising. They are constantly being ambushed, having bombs thrown at them etc. And the Greek mayors continue to protest at the rough treatment meted out to the Cypriots. Some of the complaints are just; others are fantastically exaggerated – but regardless it’s small wonder that the troops behave this way. Mostly they show great restrain. Tonight they are wild!