According to a Communique, the National Organisation held a lengthy meeting 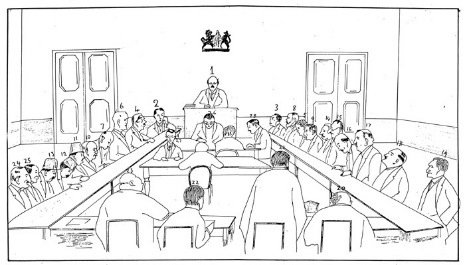 According to a Communique, the National Organisation held a lengthy meeting:

After a short introduction by his Beatitude, as President, regarding the matter to be discussed, the members of the Legislative Council explained their views in connection with the disposal of the surplus balances of the Colony and the enforcement of the Customs duties by Order of the Council and as to the measures to be adopted in order to face the state of affairs thus created. After a long discussion, decision on these matters was postponed for the next day, but on account of the absence of many members it was considered advisable for the National Organisation to hold another meeting on the 10th October 1931.