A report by Patrick Ramsay from the British Official Documents on “The Greek Press and Cyprus, June –July 1932” 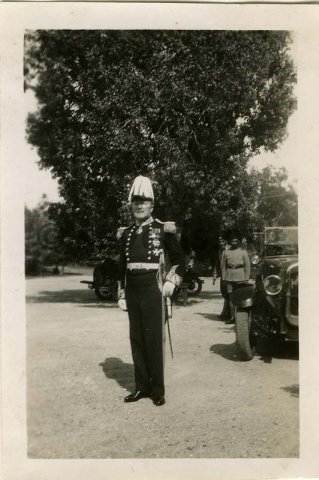 A report by Patrick Ramsay from the British Official Documents on “The Greek Press and Cyprus, June – July 1932”:

With reference to my despatch No. 291 of June 15th, I have the honour to inform you that the debate in the House of Commons on July 1st has provoked a fresh outburst of unfriendly comment in the Athens press. ‘’Hestia’’ describes His Majesty’s Government as being deceived by the ‘’lying reports’’ of Sir Ronals Storrs and still completely in ignorance as to the true situation in Cyprus, ‘’Ethnos’’ suggests that the administration of Church property by the British ‘’may serve to swell the indemnity due to Sir Ronald Storrs for his collection of antiquities consisting of stolen objects’’. Another government paper ‘’Phone tou Laou’’ says that those who hoped that with the departure of Sir Ronald Storrs the tyranny over the Cypriots would cease, made a mistake. The new Governor, it continues, is putting into effect restrictions against men of science and prominent citizens. This ‘’policy of revenge’’ the paper says, is infamous and is unfortunately tolerated by a Prime Minister who comes from the working classes and who a few years ago promised at Berne to labour for the free government of the peoples. I have transmitted a copy of this despatch to His Majesty’s High Commissioner at Cyprus.

I have the honour to be, with the highest respect, Sir Your most obedient, humble Servant, Patrick Ramsay.