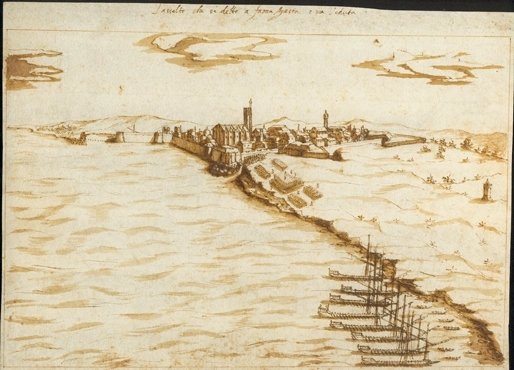 A letter from traveller Elias of Pesaro to a brother or friend describes life in Famagusta:

A man is lucky if he knows medicine, for the Greeks respect the Jews as good doctors, and trust them. It is true that they pay in ordinary cases two hundred sequins a year for each patient to the Christian doctors, while they give only a hundred and twenty to Jews, about a Venetian gaceta a month per patient. These are the common fees. But there are also two Jewish doctors, a Portuguese and a Roman, who earn more and make a fine income by their profession. They are held in great respect, and wear a black hat with a yellow badge no bigger than the small coin called issarion, a privilege allowed to no other Jews, who are all obliged to wear, as at Venice, a head-covering entirely of yellow. Washing is very dear, twice as dear as we pay in Italy. Shoes are cheap, one can get a good pair with stout soles for two and a half marcelli.