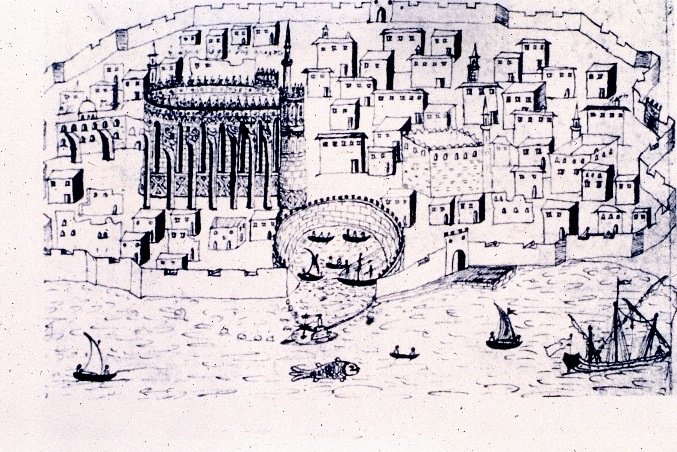 A gentleman officer of the East India Company wrote in his diary:

About sunset we anchored off the town of Famagusta, formerly the capital of the island, when the Venetians had possession of it, at which period it was a most beautiful flourishing city, and remarkable for the stately cathedral church, which at present is made use of as a Turkish mosque. The fortifications were certainly very strong and extensive, and maintained a siege of six months before the town surrendered to the Turks, who although it capitulated with the honours of war, cruelly caused the governor to be fled alive, and put the rest of the inhabitants to the sword.