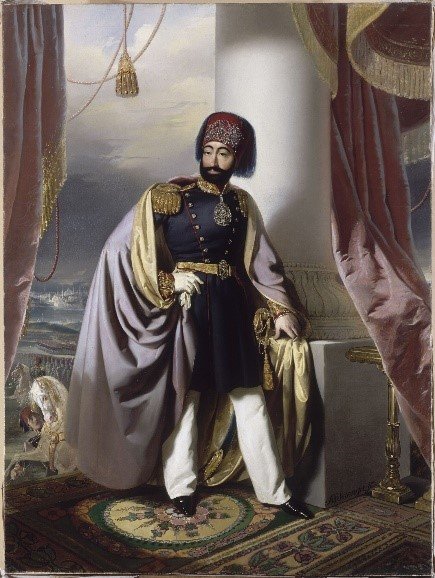 We have news that the Sultan is about to make all his governors with pay and that he has begun with Cyprus, that the government here is to have 25,000x 12= 300,000p, $ 13,753 per annum. Twice as much as given to any government in America and more than half of the salary of the President of the US is paid to a government of an island having about 1/3 of the population of the city of New York and vastly less of its wealth. Pierides requested me to propose at a public meeting a plan for the preservation of the island from plague. I told him that it was ruleable for those who propose plans to take a prominent part in carrying them into execution, but that it would bring me in contact and in connection with the government, which for very obvious reasons it is my duty even to avoid: I told him that as the distribution of charity did not bring me into contact with church or state I could probably accept the duty. He saw the force of my reason and urged no more. I understand that the government has sent guards to the village suspected of plague. Although it is not probable that they will do much, yet it is an important step for the government to take, when they adopt measures for the benefit of the public health.