30 August 1570: Fra Angelo Calepio, Superior of the Dominican monastery in Nicosia and an eye witness to the siege of Nicosia, describes what happened end of August. 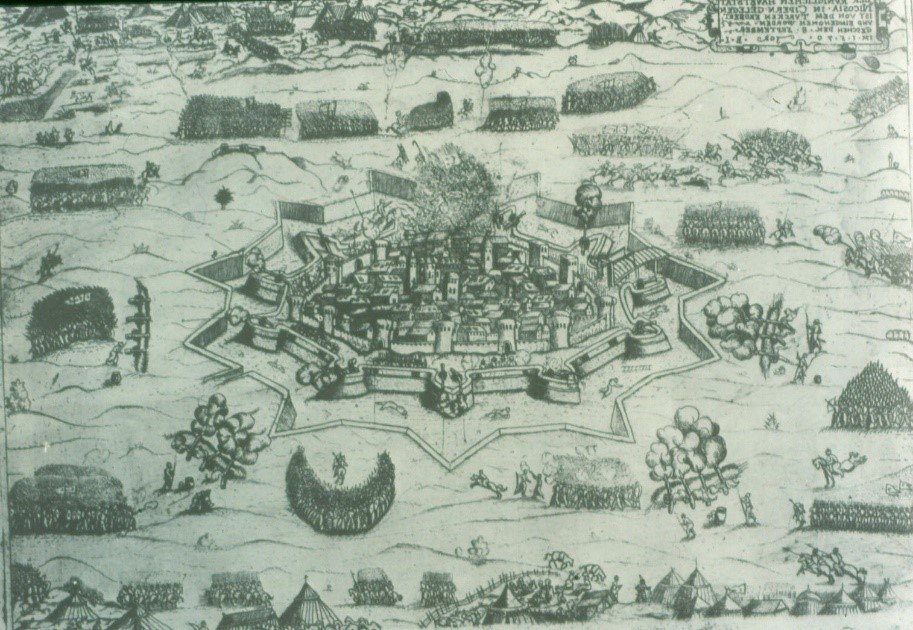 30 August 1570: Fra Angelo Calepio, Superior of the Dominican monastery in Nicosia and an eye witness to the siege of Nicosia, describes what happened end of August.

"About August 30 Piali Pasha returned from Rhodes with news of the position of our fleet, and feeling certain that it was not likely to come so very soon so reported to Mustafa Pasha, who ordered the immediate supply of everything necessary for the capture of the city. The Turks now came to request one hour's truce, which was granted to them.

Their parley was about many things, but the gist of it all was to exhort us to surrender. Our chiefs replied with spirit, provoking them to attack us again, and one rash fool even began to fire upon them. On the next day followed a furious cannonade, and volleys of musketry more continuous than before, but when they came to the charge they were repulsed -with small loss on either side.

All our soldiers murmured that they were not given sufficient powder and balls: the gunners especially, who sent their commander to get a further supply. He came to the gate leading to Famagosta, and there in the presence of Bishop Contarini and other nobles the Proveditor was wroth with him, and with threats and angry words told this chief gunner that he ought not to use cannon of great calibre, but smerigli (three or four pounders) and the like, adding that this was the intention and advice of Signor Julio Savorgnano. The gunner answered that so great a man never held such an opinion, that pieces of this kind should be used in repulsing an attack: however, they must have patience."