13 May 1958: Edith Belcher, wife of the American Consul, wrote in her diary about her relationship with Lady Foot, wife of the Governor of Cyprus, and how much she appreciated her company. 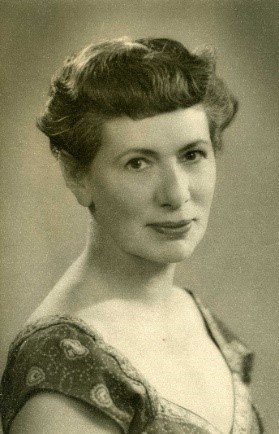 13 May 1958: Edith Belcher, wife of the American Consul, wrote in her diary about her relationship with Lady Foot, wife of the Governor of Cyprus, and how much she appreciated her company.

“We stayed at Government House until twelve. Lady Foot told two delightful stories about incongruities of this island. Best one was about an incident during the emergency when troops had surrounded the village and were moving in. The lookout suddenly spotted massed of figures moving towards them. They prepared for a counter attack which turned out to be the villagers swooping down with a supply of hot coffee for the troops. It was a cold rainy night and the people felt the soldiers might be chilled out there hiding behind the trees. This was told Lady Foot by one of the young officers on this particular reconnoitre! Lady Foot spoke of the many close Greek friends she had here (670) twelve years ago and with whom they had corresponded ever since. Not since they’ve been here have they heard from a single one! One day at tea she ran into a woman friends – the hostess said to Lady Foot “I have a surprise for you: and led her in to this woman who proceeded to weep copiously and say how much they still loved her. Lady Foot showed amazement at such a lack of “guts” but understanding their fear. It is all so sad. I adore that woman so and the entire family.”