What triggered today’s post coming from CVAR’s Research Centre was a photograph drawn from Susan Cameron’s archive, depicting a forest fire at a mountainous area in Cyprus in 1932, on the occasion of the International Mountain Day celebrated annually on 11 December. Do you by any chance recognise this village?

The aim of the International Mountain Day is to create awareness about the importance of mountains to life. In the 1934's issue of the journal of the Cyprus Forestry Association entitled ‘The forest treasures of Cyprus’ which is kept in the library of CVAR, forest fires are addressed as crucial, verifying a diachronic existence throughout Cyprus’s history. In particular one may read the following: ‘Up to 1878 fires were quite unrestricted and burnt over large areas. During the last 10 years, 135 forest fires occurred, which extended over an area of 1,157 acres causing damage to 65,307 trees estimated to be worth over 4,000 pounds.’ In the Decennial report of the Forest Administration in Cyprus for the years 1921-1930, A H Unwin, the Conservator of Forests, addressed the efforts made by the British government to restrain the fires. In particular, he stressed that every year special efforts were made to increase the number and length of fire traces, paths, rides etc.

A telephone line was installed in 1927 in the Paphos forest and by 1930 in the principal forest stations in the Adelphi, Troodos and Paphos forests, which was connected with the Headquarters in Nicosia. He also stressed that a telephone line was installed to connect Famagusta with Salamis plantation. These measures granted easier and faster access to these forests by car and made it possible for the fires to be checked sooner. Also diachronic seem to be the reasons why forest fires break out as indicated in the Decennial report. The dryness of the climate from May and up to the end of September and the human factor that seem to be the greatest enemies of the forests.

Let’s not allow history to repeat itself. Let’s protect our forests. 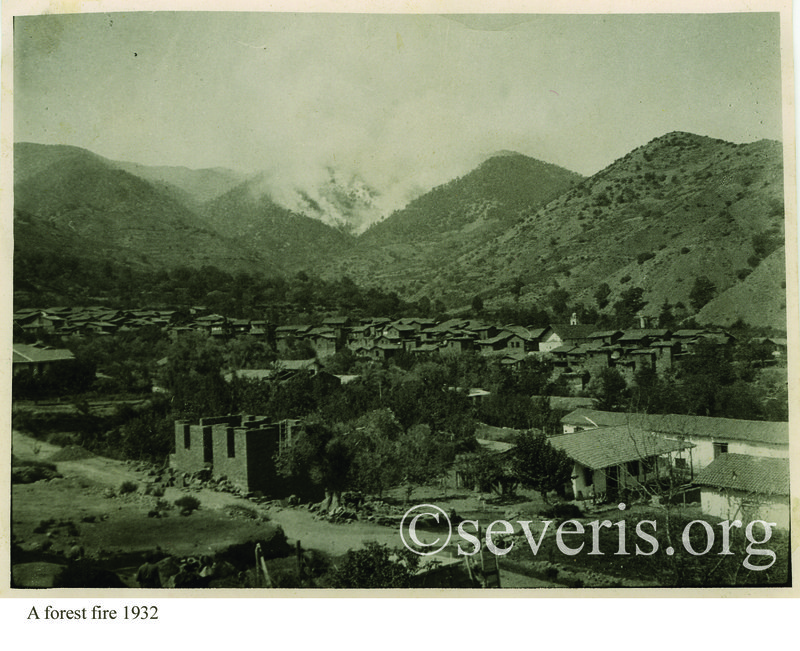