The Costanzo Coat of Arms 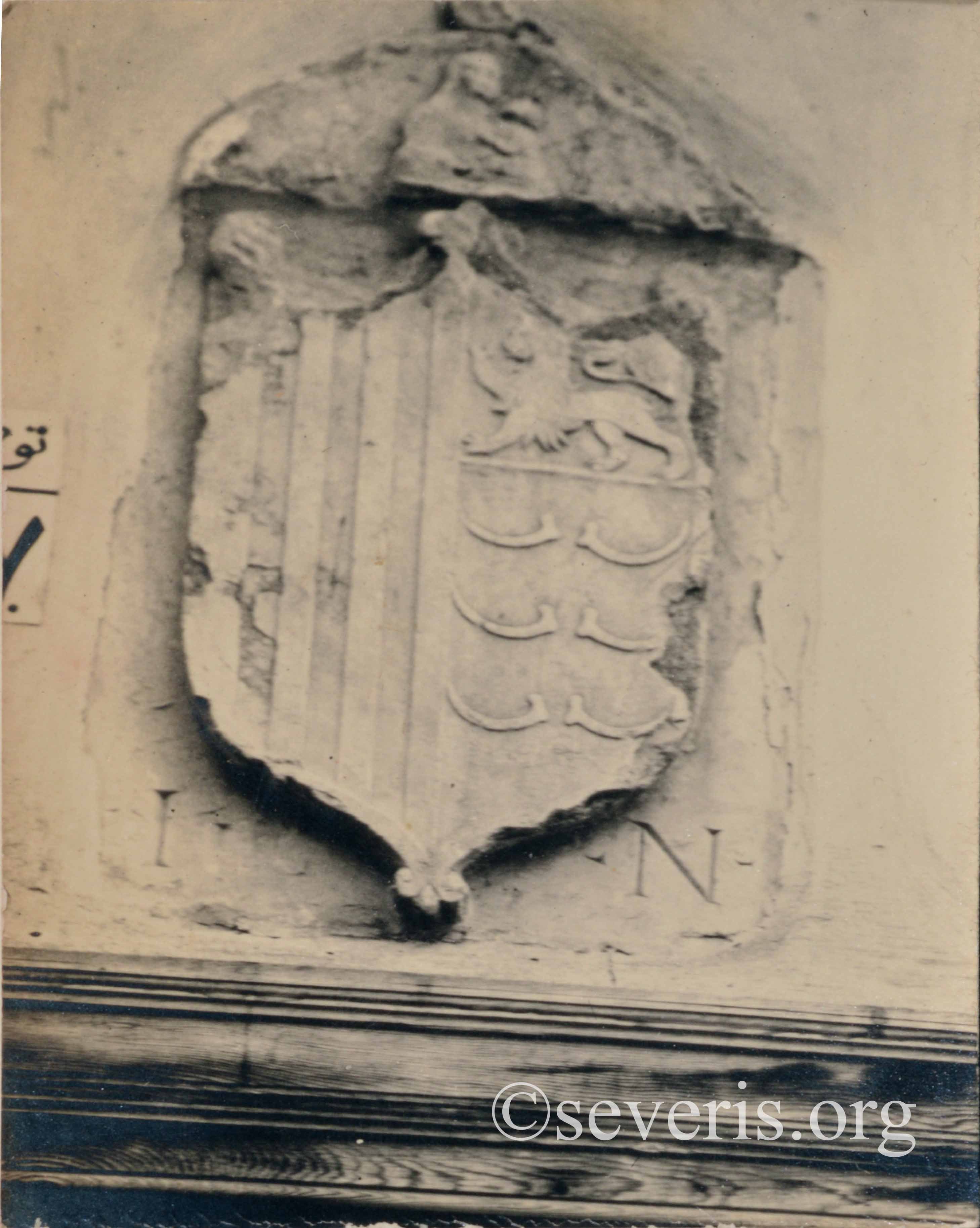 Camille Enlart, the French archaeologist, travelled to Cyprus in 1896 under the auspices of the Ministere de l’ Instruction Public et des Beaux-Arts, of France, to study and document the island’s Gothic art and architecture. He was one of the first scholars that had embarked on such a venture. As a result of his expedition, he published the book L'Art gothique et la Renaissance en Chypre (1899) which was translated into English by Sir David Hunt, The Gothic Art and the Renaissance in Cyprus (1987).

As he devoted his scholarly life exploring the diffusion of French medieval art and architecture in Europe he was particularly excited when he discovered in Cyprus fine medieval monuments in their pure form. During his expedition to Cyprus, he used sketching and photography as documentation tools many of which found their way into his publication. His extensive photographic archive that is part of CVAR’s collections consists of 543 photographs, dating between 1896-1911, 45 of which were given to Enlart by friends and colleagues such as Luigi Balthassarre, the consul of Belgium in Larnaca.

Among those photographs donated by Balthassare, is the one presented here, that depicts a marble shield with the coat of arms of the Constanzo family. On the back, Balthassare inscribed the following: ‘Nicosia, near the archbishopric palace, towards the Famagusta gate (Ruins of a Gothic chapel behind the house), the Costanzo family coat of arms.’ Three pairs of rib-bones fess wise in pale on a chief of a lion passant dominate the right part of the shield and a row of four bends shape the left side. An engraved representation of the Virgin and Child is evident above the shield resembling the Castelfranco Madonna, a painting by Giorgione executed around 1504 at the Duomo of Castelfranco Veneto.

The painting was commissioned by the Italian captain Tuzio Costanzo in memory of his son Matteo. The Costanzo coat of arms can be seen on the base of the Virgin's throne. The Constanzo family was important in Cyprus. Tuzio Costanzo moved to the island to serve Queen Caterina Cornaro. One of the bastions of the medieval wall of Nicosia was named after the Constanzo family.

Today the marble shield is located at Theseus street no. 62 above a wooden doorway. Have you seen other samples of the coat of arms of the Constanzo family around Nicosia? 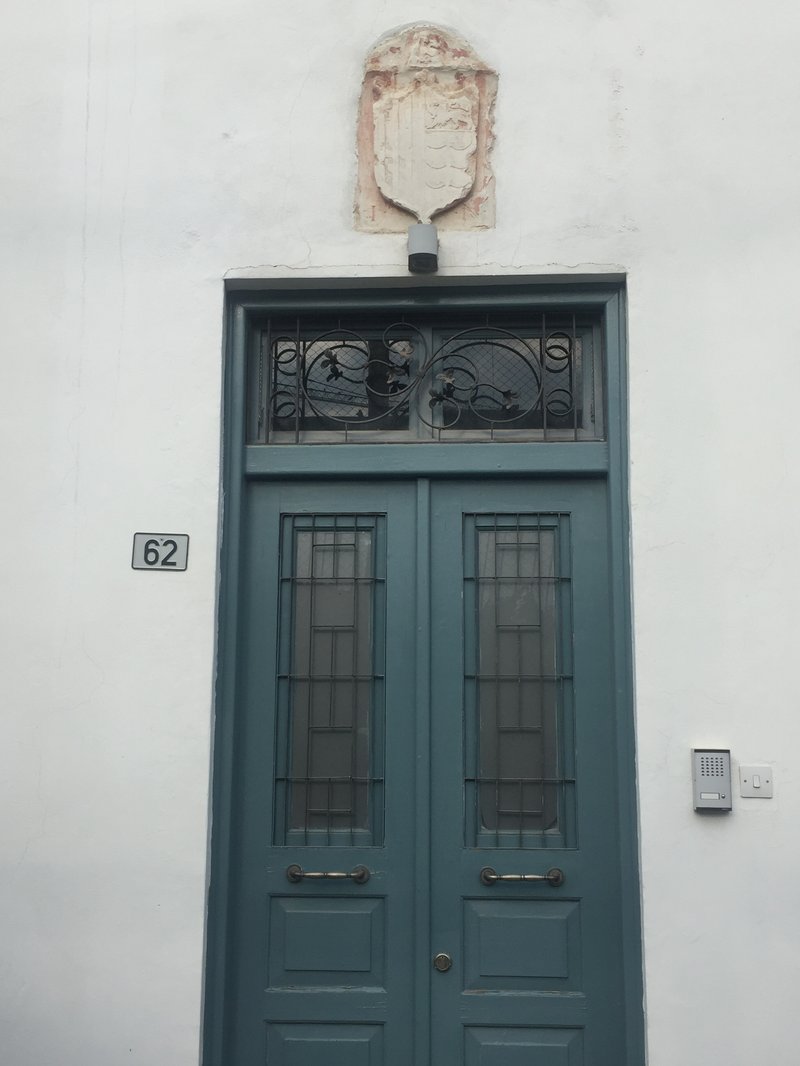 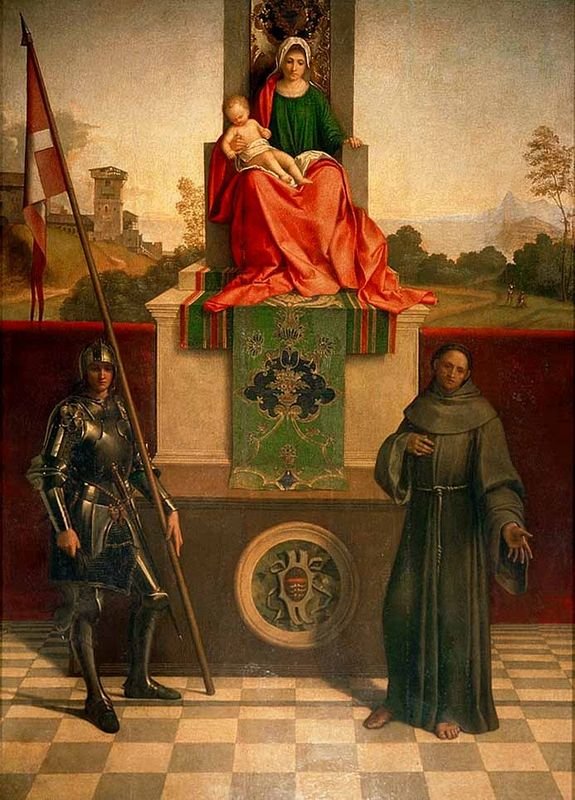