On 21 October 1931, a mass of Greek Cypriot demonstrators marched towards Government House shouting for ‘Enosis’ (union) with Greece and the end of the British rule on the island. This was a time of heightened political frustration and economic hardship in Cyprus. A few hours later, what was left of Government House was a pile of burnt rubble.

In his memoirs, Governor Sir Ronald Storrs recalls the events of that night, commenting that: 'The bugle sounded. The Riot Act was read and shouted in Greek. The bugle sounded again, and the police firing party of twelve men discharged a volley. The crowd dispersed, was pursued, and fled. But already, the curtains were ablaze. The fire spread to the roof and took hold of Lord Wolseley's old tinder barrack. In ten minutes Government House, and all that it held, had gone up in flames.'

The construction of the new government house was materialized by Governor Sir Reginald Stubbs in 1933 who succeeded Sir Ronald Storrs. Stubbs employed a London architect, Maurice Webb, to design the building, and the Cyprus Public Works Department undertook its construction. Even when Stubbs left the island the building was not ready. It was his successor, Sir Richmond Palmer, who moved into the almost-complete building in 1936. The design was meant to have a Cypriot character as it incorporated aspects of the island's Ottoman, Byzantine, and Gothic heritage combined with aspects of British colonial architecture.

The photographs presented here were drawn from a photographic album that is now part of the CVAR collections that documents the construction of the new Government House in ca. 1933 – 1934. The album, which is an important record for the history of Government House, contains 147 images produced by an unknown photographer. Among the photographs one may recognize the main protagonists involved in construction such as the architect Maurice Webb and Christodoulos the main constructor. Other photographs depict external views of the building as well as internal views focusing on decorative elements and aspects of the new building's interior design.

Of particular interest are the photographs that depict the humorous gargoyles on the southern side of the building. Three of them were personifications of the foreman, namely Christodoulos, the chief carpenter, and the "unknown worker," each of them placed side by side in the album. The other four gutters, which are higher up, represent the characteristic animals of Cyprus, the ox, the donkey, the camel, and the sheep used for the construction of the building. The album also contains scenes documenting various aspects of the construction phases and portraits of the workers, each of them engaged in a particular task and assigned a specialization such as that of the sculptor photographed while carving a column and the stonemason at Government House. 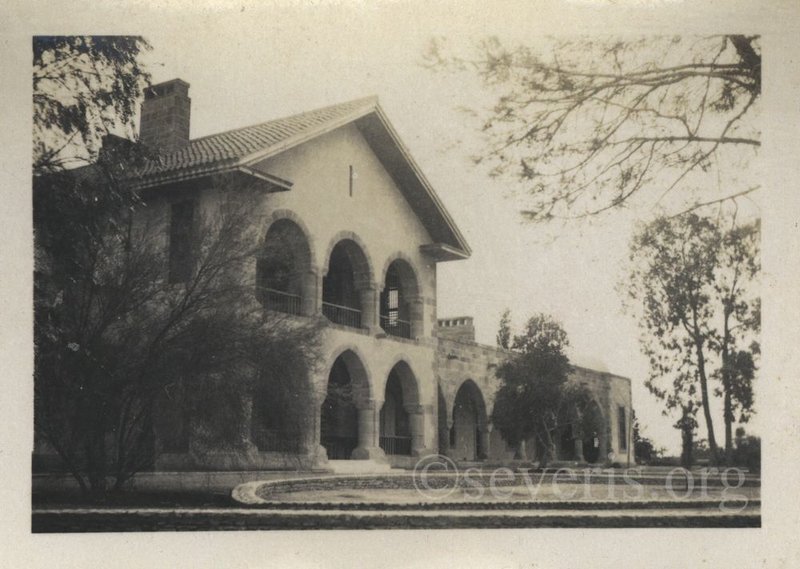 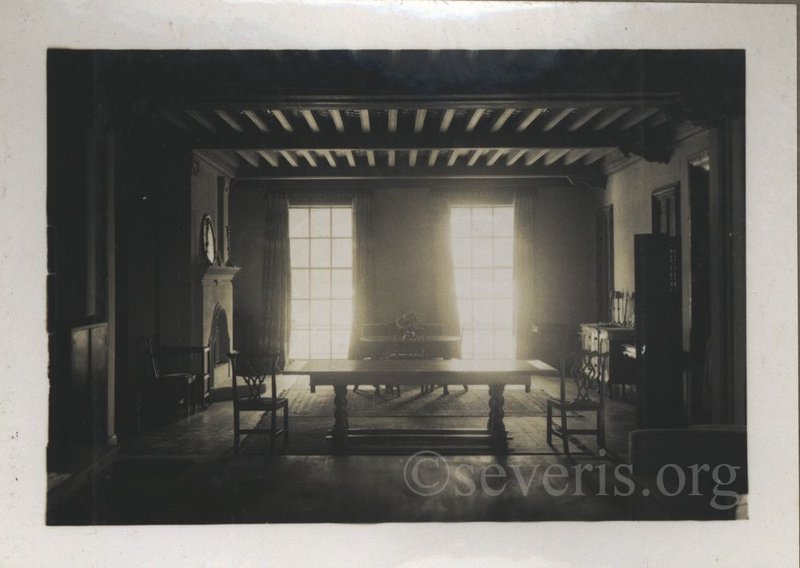 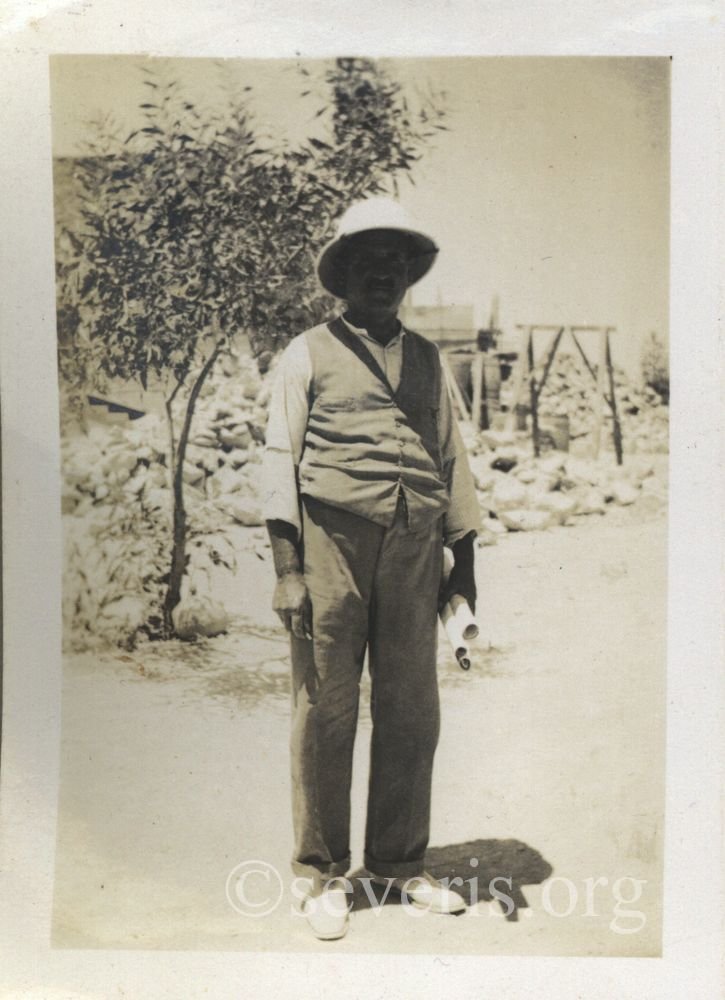 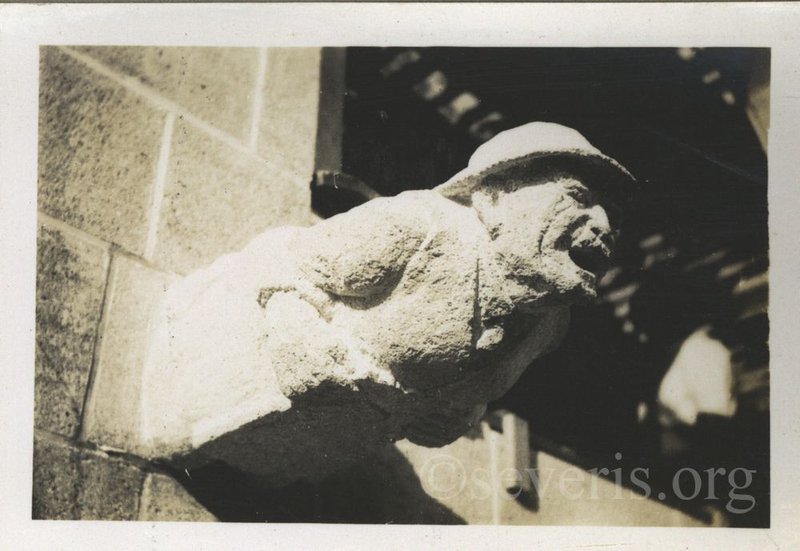 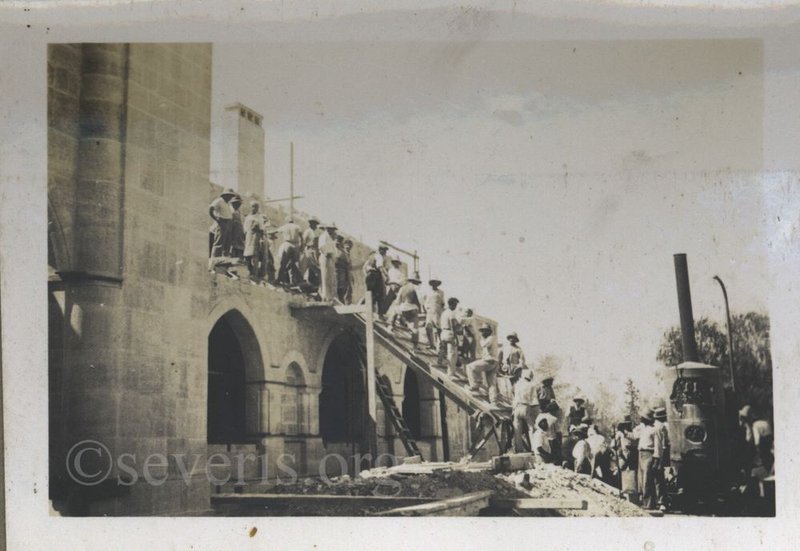