The ex-Bulgarian ambassador to Cyprus, Mr Hristo Georgiev wrote about an interesting story concerning the church of St Iacovos in Tricomo, which he visited in 2019. 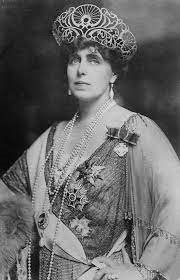 The ex-Bulgarian ambassador to Cyprus, Mr Hristo Georgiev wrote about an interesting story concerning the church of St Iacovos in Tricomo, which he visited in 2019.

In the Bulgarian seaside town of Balchik, located north of Varna, there is a mysterious small stone church built at the end of the estate, which everyone calls the Palace of Queen Maria. This church is always in the shade, and tour guides say that the queen's heart is buried there. Years later, in Trikomo, I saw the same church. It is located in the center of the village and in the center of a roundabout, made by the Turkish Cypriots. There are small shops around, and the church looks insignificant - small, tiny, curled in this narrow space, wrapped in car fumes. It was Friday; there was a market nearby, and people were crowding over merchandise stalls.

I gazed at the grace of this stone masterpiece, then I went inside. The walls were plastered in white, there was no trace of iconography. Just a few marble shelves, embedded in the walls, were spared the paint. There was a small table in the middle, and sitting behind it was a Turk with a moustache. He offered me some tourist brochures for Northern Cyprus in bad English and I, of course, took them. The church was turned into a tourist office. While I was taking pictures, no one showed any interested in the fine little chapel, no one looked at it with curiosity. St. Iakovos, or St. James, - these are the two names of the church I am referring to - seemed forgotten.

The story goes back to the 14th century when the Dominican monks used it as a chapel. Its architecture is simple: the roof is framed by four arches, a stone cylindrical tower with six circular windows rises in between them, and a small dome above the tower. The clarity of the lines gives charm and a calm feeling to the church. In 1929 the Romanian Queen Mary arrived in Famagusta, with her daughter Ileana. The British governor welcomed them, and even gave a reception in the Queen’s honour, in the large refectory of Othello's tower, within the fortress of Famagusta.

Maria is a very controversial figure in Romanian history. During her stay in Cyprus, the Queen visited Trikomo. She fell in love with the church of St. Iakovos and decided to build an identical one in Baltchik. During this period, Balchik was under Romanian rule. The memory of Trikomo was still with her and she materialized it - she brought stones from Cyprus, and after the construction was completed, she decorated the church with Cypriot icons.

This church, where her heart was kept in a box of precious stones for two years - from her death in 1938 until the return of Southern Dobrudzha to Bulgaria in 1940 still stands today, an exact copy of St. Iakovos.