Did You Know? Labdanum 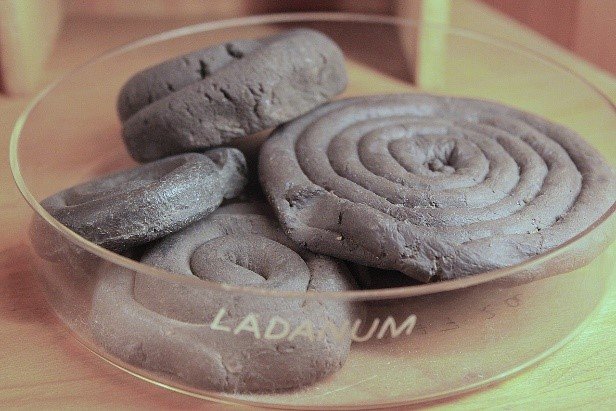 Labdanum, also called ladanum, ladan, or ladanon, is a sticky resin obtained from the shrubs rockrose or Cistus ladanifer (western Mediterranean) and Cistus creticus (eastern Mediterranean). In Cyprus both species exist especially around the area of Lefkara and Macheras. It was historically used in herbal medicine and is still used for perfumes. In ancient times, labdanum was collected by combing the beards and thighs of goats and sheep that grazed on the rockrose. Their hair was combed with special instruments to gather the resin which was boiled and made into pies. It was collected by the shepherds and sold to coastal traders. The resin was used as incense and medicinally to treat colds, coughs, menstrual problems and rheumatic pains.

Labdanum is produced today mainly for the perfume industry. The resin is usually extracted by boiling the leaves and twigs. Labdanum is much valued in perfumery because of its resemblance to ambergris, which has been banned from use in many countries because it originates from the sperm whale, an endangered species. Labdanum is the main ingredient used when making the scent of amber in perfumery. Unfortunately, no one bothers today in Cyprus with the rockrose which is referred to as katsara.