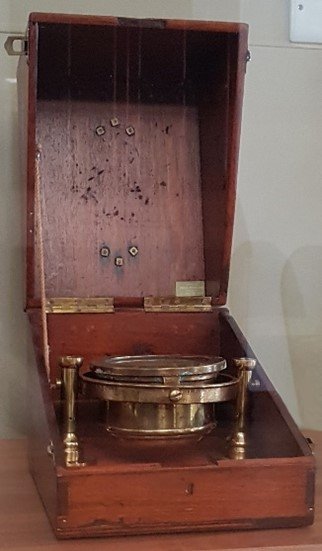 Messageries Maritimes was a French merchant shipping company. Small paddle steamers, owned by M. Rostand, used to sail within the Mediterranean from 1836 but the company as such was created in 1851 as Messageries Nationales, later called Messageries Impériales, and from 1871, Compagnie des Messageries Maritimes, casually known as "MesMar" or by its initials "MM". The two partners of the company, M. Rostand and Ernest Simons, originally purchased the shipbuilding yards of La Ciotat in 1849 and from there, their first ships would set off operating routes in the Middle East. In the Middle East, the ports of call were Malta, Alexandria, Port-Saïd, Beyrouth Syria, Smyrna, Constantinopolis, and the Black sea.

From 1871 to 1914 the Compagnie des Messageries Maritimes saw its golden age. This was the period of French colonial expansion and of intervention in the Middle and the Far East. The Marseille liners continuously served the Mediterranean Sea, the Black Sea, then the Red Sea, the Indian Ocean, the China Sea and finally the Pacific Ocean. Cyprus was never officially on the stopover list of any of the Messageries Maritimes steamers. Yet, some often stopped at Larnaca or Famagusta. In Larnaca M. Celestin Beraud was their agent from 1880 – 1915. He would look after the needs of the steamers which stopped for replenishments but on 25 March 1885, a first long stopover took place by the ship l’Alphee or Alphia, built in 1843. This was a real treat as the ship was big, 1847 tons and luxurious. More such ships came to the ports for a few hours, allowing passengers to disembark or embark. Great personalities travelled with the French lines, such as the archaeologist Edmond Duthoit, Count de Luynes, Camille Enlart. The Lotus brought to Cyprus Pierre Loti and the 8th Duke de Richelieu. The Messageries Maritimes continued serving people but also armies during the World Wars. Their decline came with the rise of aeroplanes and the cost of petrol in the late 1970s. On 23rd February 1977 the company, now dealing with freighters, some tankers and the first containers ships, merged with another large company to become the Compagnie Générale Maritime (CGM). The compass you see in the picture belongs to a Messageries Maritimes ship given to M. Celestin Beraud for his services to the company. It can be seen at the entrance of CVAR. The ship portrayed is the Alphia.