Did You know? The Exiles 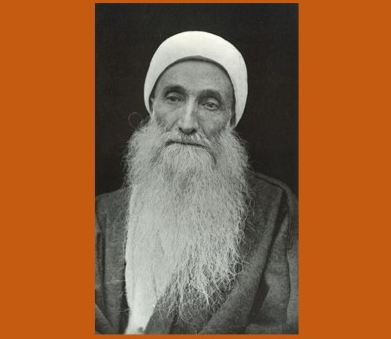 In 1571, when Famagusta fell to the Ottomans, the town was taken over by the militia. All inhabitants, Moslem, Orthodox or Latins were expelled and Famagusta became a city-prison. Apart from 100-300 families of soldiers, no one else was allowed to live within the walled city except for those sent as prisoners and exiles from all over the Ottoman dominions. These were not few. They were in fact a small colony within the walls. We know names and dates, some of important and some of not important persons. Sheikh Kutup Osman Effendi was exiled to Famagusta in 1690 where he died and a dervish mosque was erected over his tomb.

The tomb of Mustafa Zühtü Effendi is an open structure consisting of a dome on four columns, while another dome covering pointed arches constitutes the mausoleum of the Damascus mufti Mehmet Ömer Effendi. In 1730 Yirmisekiz Celebi Mehmet Effendi was exiled to Famagusta and was buried under the buttresses of St Peter and Paul’s church. He was the first Ottoman ambassador to Paris and upon his return imported to Turkey the first printing press. Having fallen out with the Vezir, he was sent to Egypt and then, after the Patrona Halil uprising, was exiled to Famagusta. In 1816 Khoja Anton, an important Armenian banker was exiled to Famagusta.

In 1862, Kattirji Yianni, a bandit from Smyrna, the “Robin Hood” as he was known, was caught and sent to Famagusta where he spent most of his life chained on an ancient column within the city. Two Valis spent their early youth in Famagusta because their fathers, Pashas of importance, were banished there. In 1878 Babi, leader of the Subh-i-Ezel sect, survived as an exile till 1912 within the walled city. The Kaimakam of Jedda was exiled for 6 years. In 1871 Husni Pasha, ex Minister of Police and Emin Bey Effendi ex First Secretary of the Palace were transported as exiles to Famagusta. The poet Namik Kemal spent some years in the city where he wrote some of his best poetry. Today the main square in Famagusta bears his name. Underneath his bust a sentence reads: “There is value in sharing”. The exiles are countless, often accompanied by members of their families, who also remained and made their lives in Famagusta, altogether people who left their mark and soul within the town, a colony of the “unwanted”.