Did You Know? Music inspired by Cyprus - Although a small island, Cyprus’s history, especially of antiquity and medieval period, inspired many composers to create wonderful music about heroes, queens and goddesses of Cyprus. 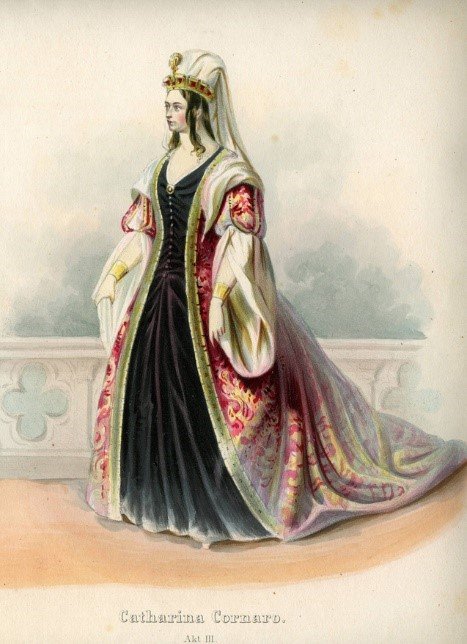 Did You Know: Although a small island, Cyprus’s history, especially of antiquity and medieval period, inspired many composers to create wonderful music about heroes, queens and goddesses of Cyprus. Much of this music is celebrated even today.

On his return to Cyprus from Europe, King Peter I, brought with him the French Ars Nova and, later, the Ars Subtilior. French musicians became well established in Cyprus, and Nicosia became a capital of the Ars Subtilior style. King Janus I de Lusignan saw Cypriot music evolve into its own variety of music. His daughter, Anne de Lusignan, brought a manuscript after her marriage to Louis, Count of Geneva, which contained 159 folios with over two hundred polyphonic compositions, both sacred and secular. The manuscript is now a part of the collection of the National Library of Turin.

Tolomeo, re d'Egitto ("Ptolemy, King of Egypt", HWV 25) is an opera in three acts by George Frideric Handel to an Italian text by Nicola Francesco Haym. The action takes place in Cyprus at the time of Ptolemy IX (Tolomeo), who was deposed by his mother and joint ruler of Egypt Cleopatra III in favour of his younger brother Ptolemy X (Alessandro). It was performed first time at the King’s Theatre London in 1728.

Les fêtes de Paphos (The Festivals of Paphos) is an opéra-ballet in three acts by the French composer Jean-Joseph Cassanéa de Mondonville composed for Madame de Pompadour's Théâtre des Petits Cabinets. In 1758. "Reunited on the island of Paphos, Venus, Bacchus and Cupid decide to enliven their leisure in such a pleasant location by celebrating their first loves”

Motzart’s The abduction of the Seraglio in 1782, was based on the Generous Lover by Cervantes which had many references to Cyprus.

Il Pigmalione (Pygmalion) an opera in one act by Gaetano Donizetti based on Book X of Ovid's Metamorphoses. This was Donizetti's first opera, written in six days between 25 September and 1 October 1816 and first performed in 1960. The story takes place in Cyprus featuring king and sculptor, Pygmalion, falling in love with his own creation.

Throughout the nineteen and twentieth centuries, the island’s history kept inspiring musicians and artists whose works keep the memory of the «sleeping beauty» alive.

The German Franz Paul Lehner in 1841 produced Caterina Cornaro, an opera in 4 acts.

Fromental Halévy produced La Reine de Chypre in 1841 while three years later (1844) the same theme inspired Donizetti with his Catarina Cornaro; Die schöne Galathée (The Beautiful Galatea) is an operetta in two acts by Franz von Suppé to a German libretto by the composer and 'Poly Henrion' (the pseudonym of Leonhard Kohl von Kohlenegg) and first performed in Berlin in 1865.

In 1873 Adolf Jensen’s Chants d’ Ionie, were inspired by Cyprus.

Verdi composed Othello, and made known the story of the Moor of Famagusta; The opera was first performed at the Theatro alla Scala in Milan in 1887.

Prinsessan av Cypern (The Princess of Cyprus) is an opera in four acts by Lars-Erik Larsson, with a Swedish libretto by Zacharias Topelius, first performed in Stockholm in 1937, but subsequently withdrawn by its composer.

Sir Granville Bartock came to Cyprus in 1937 and was taken around the island which he loved. While leaving, he said he was so impressed that he was going to write a symphony about Aphrodite. So, in 1939 when he was at sea, he composed the Cyprian Goddess.