Did You Know? Ismet Guney 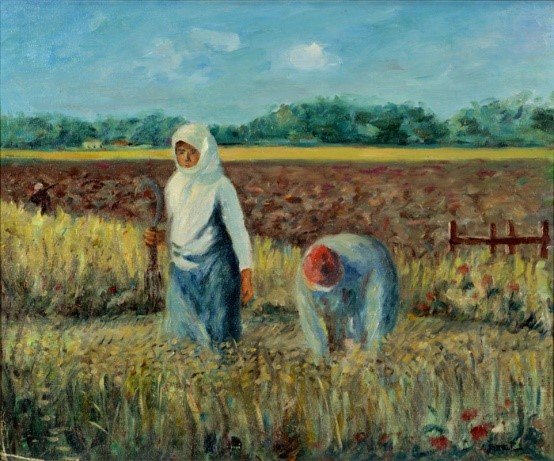 İsmet Vehit Güney (15 July 1923 – 23 June 2009) was a Cypriot artist, art teacher, painter and cartoonist. He was born in 1923 in Limassol and began painting while he was a student in high school. After graduating from the Teachers Training College, he started working as an arts teacher in 1948. In 1956, he met artist Ibrahim Çalli and worked with him until 1960 and nevertheless continued to teach art history at the Nicosia Boys Lyceum all the way to 1977. In 1947, Güney became the first Turkish Cypriot painter to open a solo exhibition. In 1967, a scholarship enabled him to study at Belfast Queen's University's Stranmills College. In 1986 he had a grand retrospective exhibition in Nicosia. Towards the end of his life he worked on graphics and color-separation. İsmet Güney died of cancer on 23 June 2009, at the age of 85.

The artist is best known as the designer of the Cypriot flag, the country's coat of arms and the Cypriot lira in 1960. His design was unique, as the Republic of Cyprus was the first country in the world to display a map on its flag. Years later Kosovo became the second country to adopt a national flag with a map.

The current flag of the Republic of Cyprus was created as the result of a design competition in 1960. Under the constitution, the flag should not include either red or blue colors (the colours of the flag of Turkey and the flag of Greece), nor portray a cross or a crescent. Guney’s design was chosen by Makarios III, the President of the Republic of Cyprus, with the consent of Dr. Fazil Küçük, the then Vice President.

Güney sought payment from the government of the Republic of Cyprus for his flag design. Apparently, he was promised £20 a year by Makarios but he was never paid for his work. In 2006 Güney hired a Greek Cypriot law firm to take his case, and had stated that he would appeal to the European Court of Human Rights if needed, in addition to compensation for its copyright use.

The oil painting here is exhibited on the fourth floor of the CVAR and is titled Women in Mesaoria.