Did You Know? Gypsies 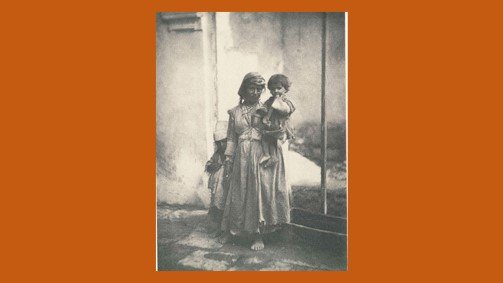 The Romani or Roma, are a traditionally itinerant ethnic group, living mostly in Europe and originating from the northern regions of India. A recent DNA study conducted by Indian and Estonian research facilities shows that the Roman/Romani/Gypsy and Sinti people originate from the Untouchable Dalit community from India. This community refers to the oppressed of the lower classes, the unwanted. The Romani came to Europe between the 6th and 11th century. They are widely known among English-speaking people as Gypsies, which some people consider pejorative due to its connotations of illegality and irregularity. They are a dispersed people, but their most concentrated populations are located in Europe, especially Central, Eastern and Southern Europe (including Turkey, Spain and Southern France).

In the Chronicle of Cyprus compiled by Florio Bustron, the 'Cingani' are said to have paid tax to the royal treasury, in 1468, at that time of King James II… The Venetian authorities regarded Gypsies as spies and allies of the Ottomans and did not want them in their territories. So, during the Venetian period we find no references to Gypsies.

The invading Ottoman forces in 1571 contained contingents of Gypsies assigned to Subası Mehmet (Hatay, 2003). So in 1572 we have taxation references to 207 males gypsies scattered all over the island. Some of these were Moslem or converts to Islam. 194 of them were Christians but we have no information as to their ethnic origins or language although they did have Greek names such as Yorgi, Kyriakos, Andon, Zako etc. In the sixteenth and seventeenth centuries, the Gypsies in Cyprus engaged in the trading of horses from the Arab lands to Istanbul, were blacksmiths, fortune-tellers and tinsmiths.

Ιn the 1881 census there were 15 gypsies in Cyprus, in a total population of 185,630 persons. In 1901 only 9 gypsies are recorded but occupations listed which were primarily occupations of gypsies, like wagon drivers, tinsmiths, horse dealers, coppersmiths etc indicate that the number of gypsies must have been much higher. The tinsmiths alone were 157 and the wagon drivers 713. In 1911, 152 Gypsies are recorded, but again occupations point to a higher number. Eventually the British administrator had to admit that the records regarding gypsies were totally off track. (Adrian Marsh and Strand Elin: the gypsies in Cyprus.)

During the British period the Moslem gypsies were known as Roma or Gurubet while the Orthodox Roma were known as Mandia. The Roma Gurubet speak a dialect existing only in Cyprus. It is a mixture of the Turkish Cypriot dialect with Arabic, Persian, Kurdish and Armenian words and referred to as Gurubetsia. The Greek word «κουρούπεττος», is used to describe someone who is sloppy, disorderly and a roamer. It comes from the Turkish word Gurbet which means a foreigner. This name was given to the gypsies by the Turkish Cypriots to distinguish them from the rest of the Moslems in Cyprus as foreigners. Among the Greeks they were also known as “Kilinjiri”, “Yifti”, “Tsigani”, “Khoullouphi” and even “Atsingani”.

In 1960 the Gurbets were not registered as an ethnic minority but as T/Cypriots. In 1974 the Gurbets moved to the north and the Mandia came to the south. The Mandithes in fact always lived mostly in the south, in Larnaca, but some also in Limassol, Paphos and Tylliria, and in Nicosia at the present area of Ayii Omologites, then known as Mandochori. In Kythrea they built their own church, near Syrkania, dedicated to St George of the Mandia. They were known for their excellent skills of tinning.

Gypsies still live in Cyprus and there was a village inhabited only by gypsies called Phallia. The village was visited by David George Hogath in 1888, who wrote: On the spur of the mountain beneath Ayios Photios lies Phallia whose inhabitants are of gypsy origin unless my judgement is much at fault. No other village in Cyprus shows the same peculiar type, particularly in the women who appear, though Moslem, not only to disperse their veils, but to accost and speak openly to a stranger in the company of men. I have noticed an equal pitch of freedom only in the villages of the Carpass, whose inhabitants are certainly not of Turkish origin. These Phallia ladies wear a profusion of gold ornaments unique in Cyprus. The faces of both men and women are of extreme swarthiness, the hair is raven black, the noses and lips fine, the eyes very brilliant the ears small. There is a slight resemblance to the Marathiotes who are believed by Cypriots to be descendants of Phoenician settlers.

In 1919 George Jeffery also noted that Phallia is a curious village of people who have been credited with gypsy origin. They certainly seem different in character and costume from their neighbours some few years back.

In 2003 a large number of Roma came to the south from Northern Cyprus. In 2004, some 570 were registered in the Republic of Cyprus.