The romantic Esme Scott- Stevenson, wife of the British Commissioner of Kyrenia in 1878, painted a colourful picture of a Cypriot village. 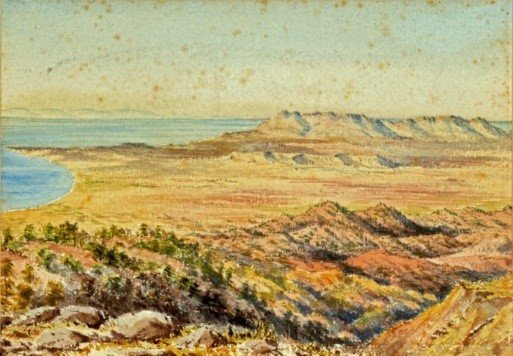 The romantic Esme Scott- Stevenson, wife of the British Commissioner of Kyrenia in 1878, painted a colourful picture of a Cypriot village:

Our path led along the brow of a deep gully, with, on the other side, the sea rolling in with monotonous roar, and the snow-capped mountain ranges in sight; that of Asia Minor behind us, with the Troados (sic) in front, Mount Olympus so white as to dazzle the eyes to look at it. The forest on either side, with its carpet of flowers, made the ride very delightful. Our horses seemed to enjoy the ride as much as we did, and snorted and pranced with pleasure. I felt quite sorry when we got to St. Irene, the last village in my husband’s district. It is different from all other hamlets, and has a most curious appearance from a distance. The earth in this part is of a rich red colour, and being plastered over the mud brick walls, makes them look exactly as though they were painted bright red. Each little house is surrounded by a cactus and prickly pear hedge. Aloes grew in many places, but these are getting very rare in Cyprus, though at one time they could be found all over the island.