The extract comes from the text of a letter by Elias of Pesaro, dated Famagosta, October 18, 1568, to his brother or a friend in Italy. 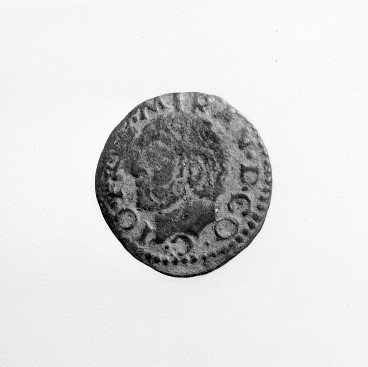 The extract comes from the text of a letter by Elias of Pesaro, dated Famagosta, October 18, 1568, to his brother or a friend in Italy. The writer wanted to emigrate with his wife and family to the Holy Land, but news of the plague in Syria induced them to remain in Cyprus.

The salt here is wonderfully fine, you get a measure of two pounds for five Venetian quattrini. I have never seen so good bread as that of Famagusta, but it is dear. Wheat sells by the Bolognese basket 4 livres, 4 soldi Bolognese. The olive oil is very bad, one cannot use it in cooking, and in lamps it gives off a detestable smell: the pound of twelve ounces costs eight quattrini. Most people use oil of sesame for basting and cooking. It is good and costs two quattrini the ounce. But the smell is too strong to eat it raw. Olives for eating are as big here as walnuts, and are cheap at fifteen quattrini for ten pounds. But they never ripen thoroughly.

There are pomegranates in great quantity, some sweet, some sour, others middling. They are large and have thick pips, as good to look at as to eat. The largest costs a quattrino and it seems they will keep a whole year. When I arrived here their vintage was nearly over, for they gather their grapes in August, and all their fruits ripen a month earlier than in Italy. The time of peaches too was past. I have found no eatable grapes, except such as the vine growers bring now and then from the hills, white and black, but they will not keep more than three or four days. I asked also about the price of wine, and was told that this year it was selling at 3 livres, 14 soldi of Bolognese money the large Bolognese measure. It is very strong, and must be diluted with two-thirds of water. I have bought a cartload and half of wood for eleven silver marcelli.

Onions and leeks are finer than in Italy, but cost twice as much. Cabbages and cauliflowers are found in abundance, for a quattrino one can get more almost than one can carry. Also green stuff of every kind, beetroot, spinach, carrots, mint, marjoram, parsley, rue and other herbs, is plentiful and cheap: also pulse of all kinds, peas, lentils, white kidney beans (not red), beans, rice, millet and the like, not dear. Daily, morning and evening, one can buy fish as cheaply as in Italy. Four eggs cost a denaro or 1 1/2 quattrino each. Geese and turkeys are rare; for a couple of geese you will have to pay five to six silver marcelli, for a pair of turkeys four marcelli.