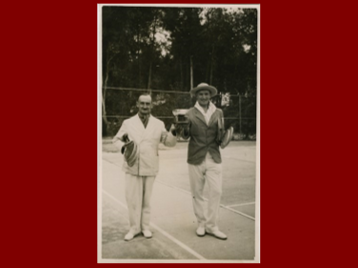 An English lady of the imperial breed, collected the unwanted dogs or had them delivered to her apartment, placed them in a lethal chamber and with a tug at her heart-strings, watched them as they fell slowly and irrevocably to sleep. Then she tied stones around their bodies and drowned them reverently in the harbor. Further on he continues in a more romantic tone: Here an almost extinct form of life survives as though fossilized. To Kyrenia, amid the ruined castles of the Latin knights, English knights with their ladies come from the provinces of the former British Empire, to evade the British climate, but nevertheless die. For their benefit, there is art pottery and peasant embroidery in the village stores, dainty tea-shops in steep, Clovelly-like streets, even a cozy English pub in the old style. Overburdened with leisure, the colonists lend each other Debretts, go for walks along the roads with stout sticks and bunches of wild flowers, fix strangers through lorgnettes and build themselves houses in which to play bridge. Another, younger species inhabits the colony of Kyrenia: a throw-back to a different period, the nineteen-twenties. Lonely playboys of either sex, dressed in sandals, nautical trousers, bright-coloured shirts and, in season, garlands of jasmine, survive here on sterling with nothing left to play at, no one to play with. They sleep half the day and stay up half the night; hobnob with the Kyrenians of the harbour or drink silently around the bar of a Maidenheadly drinking club, just above it; provoke the disapproval of the knights and are periodically ejected from their half-timbered sports club, beyond the castle.