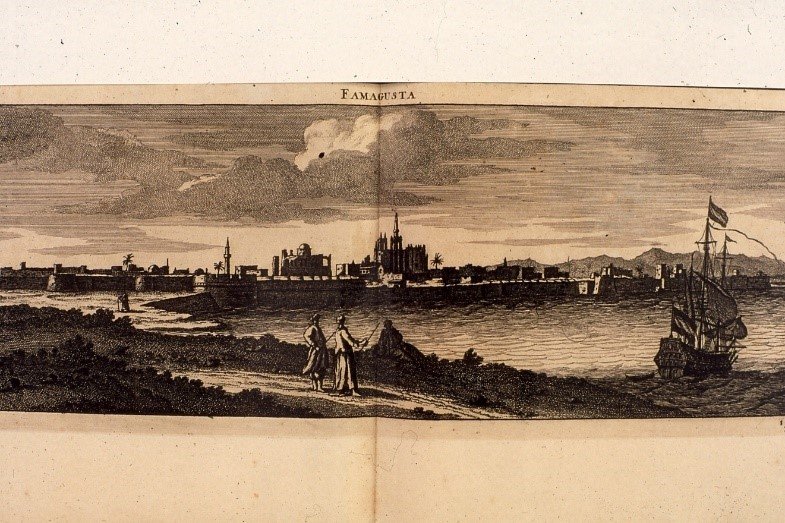 On the 27th of the said month of November (1394) I landed at Famagusta. Famagusta belonged formerly to the king of Cyprus, and is situated in the kingdom of Cyprus. Cyprus is a good island, with a circuit of five hundred miles. But now the Genoese hold the said town.

The city of Famagusta is large, as large, I reckon, as the city of Capua, and has fine squares, and houses very much like those of Capua, but a great part, almost a third, is uninhabited, and the houses are destroyed, and this has been done since the date of the Genoese lordship. The said city has finer walls than I have seen in any town, high with broad alleys round them, and many and high towers all round. This city is jealously guarded day and night by the Genoese through fear of the king of Cyprus. There are seven hundred armed soldiers in the pay of the Genoese who guard that city with great punctuality.

The castle of the city is fine, and is nearly all in the sea, except perhaps a fourth part on the city side, and there are fine ditches there constructed on either side which are filled with the sea water, and remain always full of the said water, making the said castle impregnable.

The city of Famagosta has a pretty fine harbour, protected from every wind. And in this harbour in front of the city gate is a wooden jetty, a stone's throw in length, and vessels come up to this jetty, and therefrom merchandise is carried to the vessels.