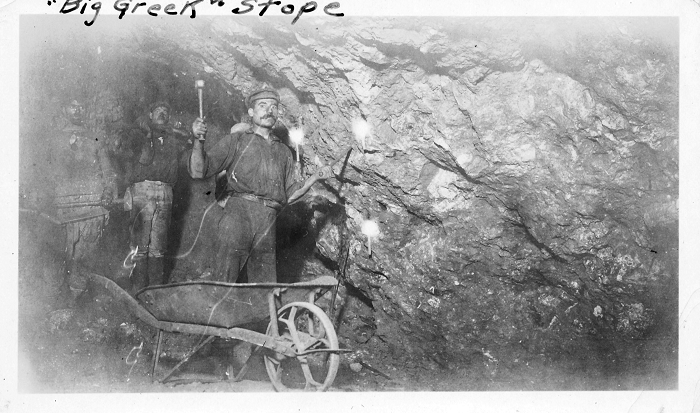 William Everett describes a catastrophic incident in the Skouriotissa mine where his grandfather worked:

The death of Towlis Michael, at first simply another entry in the Log recording the regular catastrophes confronting workers and management at  the mine, blazed with a different light when I received one day an email from Mrs. Ioulia Gregoriadou, a young geologist in Nicosia. She had found out about my interests through my internet blogsite and wondered if I had come across any information about an ancestor of hers who had been killed in a mine accident. In subsequent research we confirmed that Towlis Michael Katsamis was indeed he deceased ancestor. This was the first time the family had learned any details about his death. Katsamis had been an invaluable component in the mine’s network. Indeed, according to Lavender, Gunther, called him ‘the King of Pendayia’, the center for all ore export operations. His death was a huge loss for the mine at a critical time, but the family had never known how he died. With this short entry they could not fill in this crucial detail. It is my hope that this small deposit of pictures and writings can perform some kind of healing for other families, for Cyprus, and for the earth.