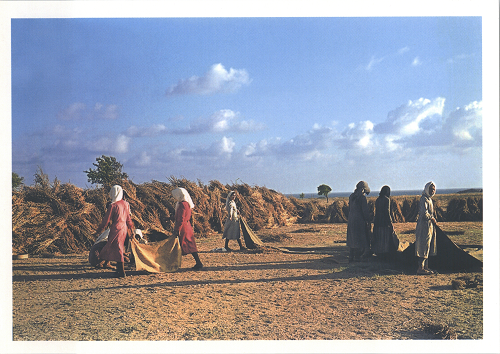 W.F. Haynes-Smith in a letter to Chamberlain describes the political situation of the island mentioning that the peasants both Moslem and Christian, are as yet for the most part unaffected by the political agitation:

The peasants both Moslem and Christian, as in Crete, are as yet for the most part unaffected by the political agitation. This state of matters however cannot very long continue. The schoolmaster is subject to annual election and the Hellenic propaganda organization is using this system to stir up trouble and keep villages in constant turmoil. The political schoolmaster when elected is always on the spot and if he is a firebrand fresh from Athens the agitation is kept up. The police reports are constantly showing how often disturbances in a village can be traced to the political schoolmaster who is partly paid by the Government but who advances his interests by obstructing the Government because under the existing system his position depends on his so acting in order to retain the support of the organization.