The traveller Richard Pococke leaves the island of Cyprus 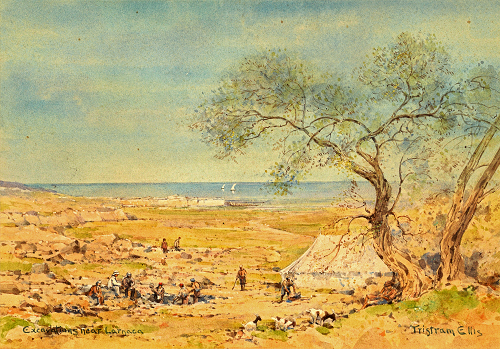 The traveller Richard Pococke leaves the island of Cyprus:

To the east of this cape (Cape Gatto) there is a bay, and at the west corner of it Limesol is situated, where I first landed in the island. As I did not meet with any ship there bound to Egypt, I returned to Larnica, where I found a French ship sailing for Damiata. We were obliged by contrary winds to put in at Limesol, where we were detained six days, and I landed a second time in Egypt at Damiata, on the 25th of December, one thousand seven hundred and thirty eight.