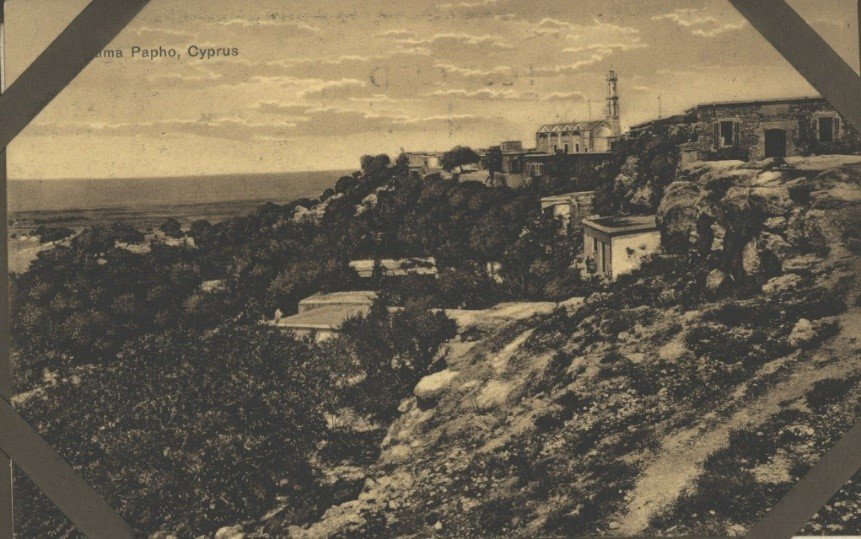 October 21. Therm. 86°. leros Kypos is supposed to have been the site of the gardens of Venus, whence it derives its name. There are no remains of antiquity in it, and it is now only a miserable village, containing about thirty stone houses. As it is built on an elevated hill, which is one entire rock, it is not probable that the sacred gardens were on, but near, its site on the plain below. At nine we mounted donkeys, and went to Baffo, which is at one hour's distance, and this hour we rode over a rich plain, in some parts well tilled and laid out in fields of corn, but in general barren and uncultivated. The town, now on or near the site of New Paphos, is divided into three quarters. The metropolis, where live the Turks, which contains about 150 houses: the Greek quarter, which is called Ktema, containing about fifty houses: and the Marina retaining the ancient name of Baffo, and containing about eighty families, Greeks and Turks. The metropolis and Ktema form a continued town, and are built on a low hill of rock about half a mile from the sea. These houses are all built of rough unformed stone.