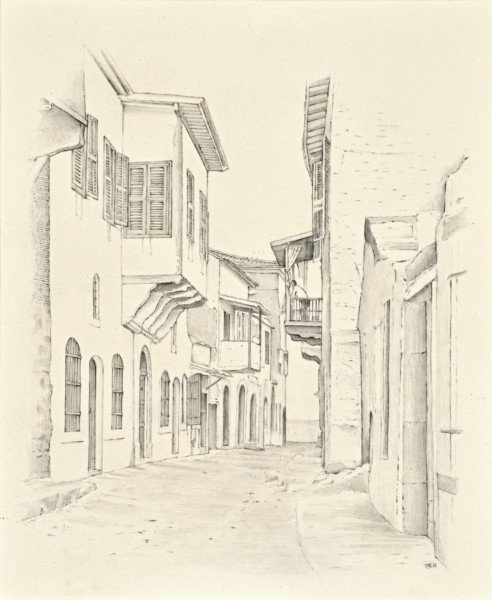 People here ride on the hips of asses and mules rather than the back, which must be favourable to the animal as he is stronger there than in his back. Went to the market in Scala and saw a Turkish school of boys, containing about 30 boys, 3 or 4 of whom were coloured Africans. They all sat a la Turque, reading their lessons. As there is still news of the plague, I did not enter, as I probably should have done had there been none. One old Turk sat receiving money, which a Greek was counting out to him. The teacher arose and went amongst his boys after I had stood a while at the door, and began to correct and stimulate them. They looked up with a kind of vacant stare at me. Some of the shopkeepers have boys whom they teach to read and write.