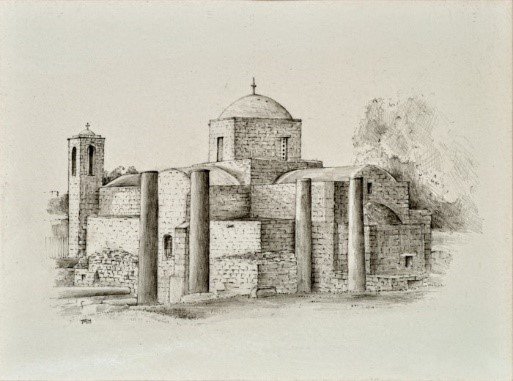 The American missionary Lorenzo Warriner Pease describes the hardships of the people of Larnaca:

Today distributed all that remained. Tomorrow I will finish. The Archimandrite requested me to see if there is no way to take a small amount from those who already have and give to those who have not. He says that they fill the metropolis and cry to him, that they declare they will set fire to it and burn him up and that many in their deepest distress call who can receive nothing. Many poor creatures who would support themselves by some means have little else than a prospect of starvation, at least of great suffering. He was obliged to send the tickets for Chrysopolitissa to the priest and let him distribute them instead of doing it himself, as he had done for another two parishes in Larnaca. A married priest came to me and begged for some money. He said that “God knows how poor and unfortunate I am, don’t ask me” and “I beg you will do it from your own pocket” etc. I was obliged to sent him away.