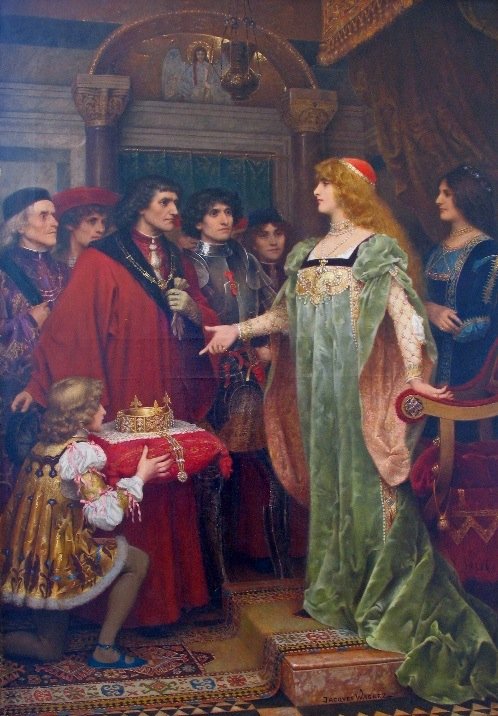 Very early in the morning of the 26th Feb, 1489, she attended the ceremony in the royal chapel in Famagusta. All the dignitaries and nobles of Cyprus were present. When the ceremony was finished, the Bishop blessed the banner of St Mark, Held by the superior dignitary of Venice and on behalf of Venice he vowed to defend the island under any circumstances. The royal trumpets and the drums sounded and simultaneously the flag of St Mark was hoisted in the square of Famagusta and on the public buildings and castles of Cyprus. The lion of St Mark had defeated the lion of the Crusaders.