Swedish archaeologist Alfred Westholm, known locally as Alfiros, in a letter to his parents described an incident that took place in Kythrea village with one of his workers as protagonist 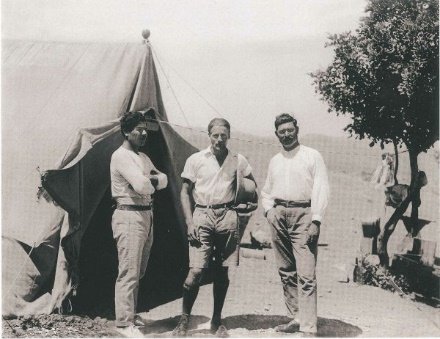 Swedish archaeologist Alfred Westholm, known locally as Alfiros, in a letter to his parents described an incident that took place in Kythrea village with one of his workers as protagonist:

Lazaros will leave the excavation tomorrow to go to Nicosia to bargain for his engagement to a girl he has never seen. Before we came out here in the autumn he experienced a most peculiar story, the reality of which you will never be able to fully grasp. It was in Kythrea, when the Crown Prince was here. We were there for a week, and the village did its utmost to acquire the handsome and highly regarded Lazaros as a son-in-law. Every evening he was invited to a feast to see his future wife, but never to the same place. Kythrea is a large village, and one that wanted to show off everything it had in the way of young girls, and Lazaros went from feast to feast discussing the price. Each one tried to outbid the former’s dowry and everything seemed to be going well, for Lazaros had only to compare the figures and make up his mind. And so the last evening he was at yet another home, where he was made an offer higher than all the previous ones. Lazaros clinched the deal and became engaged after 20 minutes. The next day he described his fiancée as a shy, quiet but not bad looking girl, and as the dowry was substantial, of course I congratulated him. But here comes the tragicomic outcome of the whole story. Rings had already been acquired, but when the girl opened her mouth to speak for the first time – in daylight, Lazaros’s face turned black with anger, for she was hare-lipped and had a lisp!