Alfred Westholm of the Swedish Archaeological Expedition to Cyprus writes about his discovery in Amathus: 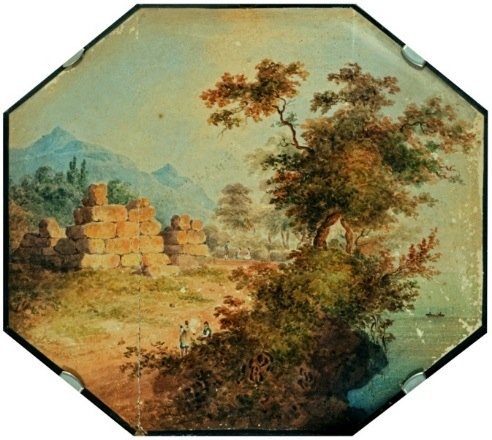 In a letter to his parents, Alfred Westholm of the Swedish Archaeological Expedition to Cyprus writes about his discovery in Amathus:

Work goes on here at Amathus as usual at a rapid pace, with ever so many and not all too discouraging finds. A dramatic thing happened today that ended in an immeasurable disappointment for the workers. We have for the past 10 days been busy conducting investigations of a large tumulus which seemed by all accounts to be untouched. It had frustrated grave robbers for centuries. Even our team had to dig for 10 days without the slightest sign of encouragement and everyone had already lost hope of a positive result, but I continued in sheer stubbornness. Well, at any rate, at around 3 o’clock today a worker came running from the tomba shrieking loudly. My first thought was that some earth wall had collapsed over the workers, but when he finally had collected his wits so that he could speak it emerged that they had come across a covered stone urn. Through a hole in the wall they could see a very large alabaster vase freestanding on the floor inside. It was sealed and untouched. It really was just as he had said, and it looked very dramatic indeed. That a sealed alabaster vase in such a large tomb was full of gold was obvious, at least to all the workers. And the alabaster vase did, after all, have a golden myrtle wreath around its opening! After much ado we were able to extract the vase and break the seal – it contained, as I suspected, nothing but bones – burned bones. The disappointment among the workers was profound, but my thoughts were busy with entirely different things… burned bones.  – the first large cremation tomb on Cyprus found just now – by me! This opens a whole new reference point with regard to the enigmatic tumulus culture. The find is entirely unique for Cyprus, but foreign connections are not difficult to find.