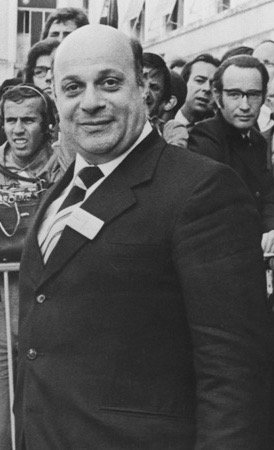 Eric Baker, a Quaker from England, here for lunch. We were impressed with him. Sensible, honest and sincere. Very intense looking man, with a definite John the Baptist glow but without the fanaticism. He spoke of talks with Denktash and Dervis about the Greek lawyers not appearing in court- in protest, plus out of fear of appearing in Turkish quarter. Both parties were agreeable to guaranteeing safety to the other but due to mix-up, the agreement fell through and Baker got to Denktash too late. Baker said Denktash is really alarmed over the devils he has loosed and wonders now what in the hell he can do. As he was heard to say- “I never bargained for this when I left the Government!” He wanted to delve into politics but he was catapulted into a cauldron of boiling oil, the mixture of which he started stirring. Shows the complete irresponsibility of the man.