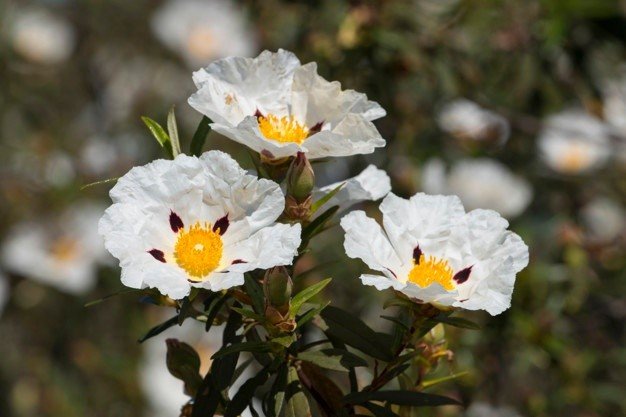 We left the village at six; the country now became more barren; the hills were covered with the Cistus creticus, from which they collect the Ladanum. Some land was sown with corn, but this was almost devoured by the locusts, which had now their wings, and flew in swarms destroying every green plant. No vegetable escaped their ravages, except some prickly cartilaginous plants of the thistle tribe. After five hours we arrived at Peristeroani, where I found my companions waiting for me. I had collected some grasses in my road, Poa aurea, Cynosurus durus, and Avena cypria. Leaving Peristeroani, we travelled over a plain for five hours, and at sunset arrived at the convent of the Archangel, at a small distance from Nicosia. Near the convent I observed the coriander and the garden-cress growing wild among the corn.