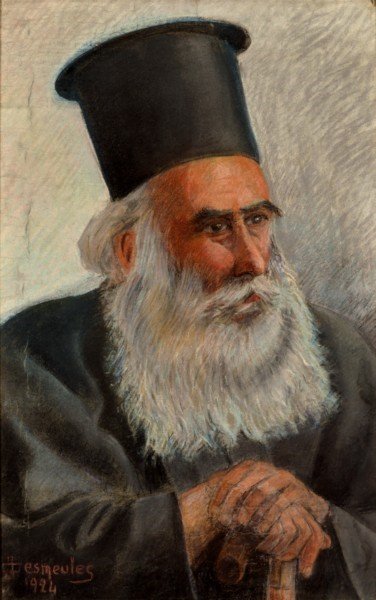 American Missionary Lorenzo Warriner Pease commented on religious customs and respect for the clergy in Alethriko village in Larnaca:

Last night the priest told me that the people do not keep oil burning before the saints but a small part of the time, that on the mountains where he lives it is very different; there, if the light should go out St. George would kill the people. So the nurse says today that if the light should cease from burning in the church of the Savior in Larnaca, there would be death. This is the secret of lights in the churches. The priest also said that the people here do not respect him as they do at his village. Here they do not invite him after service to their house and treat him, nor ask when it is a feast when they may labor and when not. Whereas at his village, the people invite him to their houses and show him the greatest respect and ask him to say if today is a written feast on which we may work? If he says no they sit in their houses all day without doing anything.