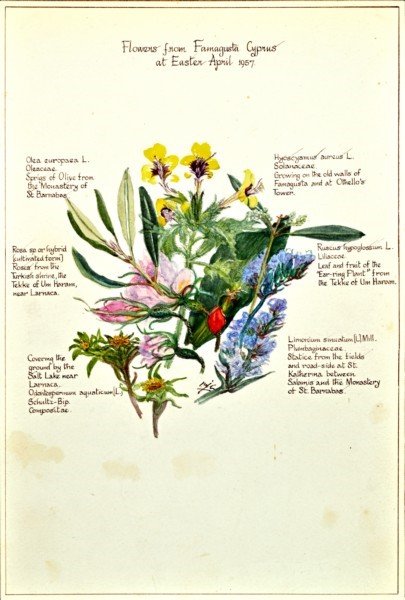 Alfred Westholm of the Swedish Expedtion to Cyprus describes Famagusta to his parents:

The massive city walls, and leafy moats outside them, encircle a number of peculiar quarters. Only a few of the houses are inhabited, and these entirely by Turks. Above all of this, immensely dominating, rise the many grandiose Gothic churches that everywhere recall the tremendous might of the Frankish and Venetian great powers. Othello stepped ashore in Famagusta’s antiquated harbour, and in the now crumbling governor’s palace he murdered Desdemona. Despite the frightful Negroes and Orientals that one encounters everywhere in the streets, the entire place has a gripping atmosphere so intense and untarnished that one rarely or never meets a thing like it. I shall go there later to photograph for a few days.