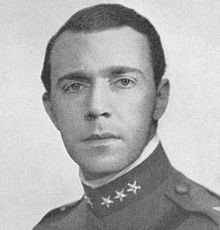 Guess my surprise when a chameleon just now came carefully climbing through the door to my tent. They are rather timid and very rare animals, I believe I have only seen one or two before. They are like large lizards, and look unusually prehistoric. It is just unbelievable to see how they change colour. Out on the beach he is steel grey, if he crawls onto my blanket he turns scarlet red, and if I put him on my bathrobe he turns blue. If one vexes him he turns green -yellow in rage, and if you put a white paper on one side of him, that side of him turns pale grey while the other side is dark. He creeps very slowly around the objects on my desk. Sometimes he is as thin as a branch, and sometimes he draws himself up and takes the shape of a cigarette case with a long coiled tail. His eyes move about constantly. No matter how I move in relation to him, one of his eyes always stares into mine. He seems to like being on my table, but to get Eleni to come into the tent when he is there is absolutely impossible. It is thought to be poisonous and it will surely take my life. In any case, it brings very bad luck for anyone who catches sight of a chameleon. This poor beast just came by mistake climbing into my tent. That cannot be misunderstood. It is me he wanted to get to!