Alexander Palma di Cesnola, serving as American consular agent for Paphos in 1873 and vice consul in 1876, visited Rizokarpasso for excavations in April 1877 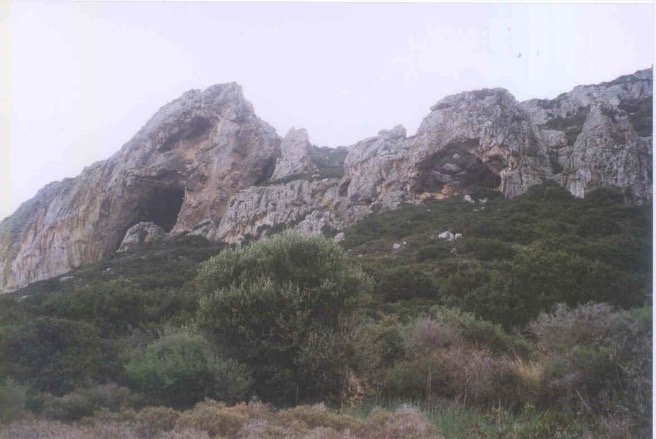 Alexander Palma di Cesnola, serving as American consular agent for Paphos in 1873 and vice consul in 1876, visited Rizokarpasso for excavations in April 1877:

In April 1877, I returned to my country house, and extended my diggings to RisoCarpazzo. I remained in this line of mountains until July 1877, and collected there many very rare relics in gold, glass, vases and inscriptions. I found a square well, partly of brick and stone, which was full of fractured statuettes of a new form, and mixed with earth. I put together of these about two hundred statuettes; the reader will find illustrations of some of these in this book. This well was about two miles distant from Salamis. The statuettes probably belonged to a temple of the latter town, and were placed in this well in the early part of our era. The statuettes were found thus: first those of very ordinary and rough work; in the centre were those of much better art. No news came to me from Salamis, but I knew that the man who was excavating there for me was keeping his promise, and working hard in our joint interest. On my return from Carpazzo, I saw him, and bought from him some very good ancient Greek glass, such as is called Phoenician in Cyprus. He said to me ‘’No tomb yet; but I hope very soon to have news to bring you’’. In August I went again to Limassol; but only passed the ruins of Kurium, and began digging with ten men in the same spot in which one of my predecessors found a treasure, which is now in the New York Museum. I recovered many relics, principally in gold or silver, fibulae, rings, earings and a beautiful necklace. After a fortnight’s work, I was advised by a friendly Turkish officer and others in the village, that people in the coffee-houses were beginning to speak adversely to my operations, while one of the proprietors thought it would be better to inform the Kaimakan or Chief of the Province of Limassol, with a view to stopping my work. On hearing this, I decided to leave the place for a time, and went back to Larnaca.