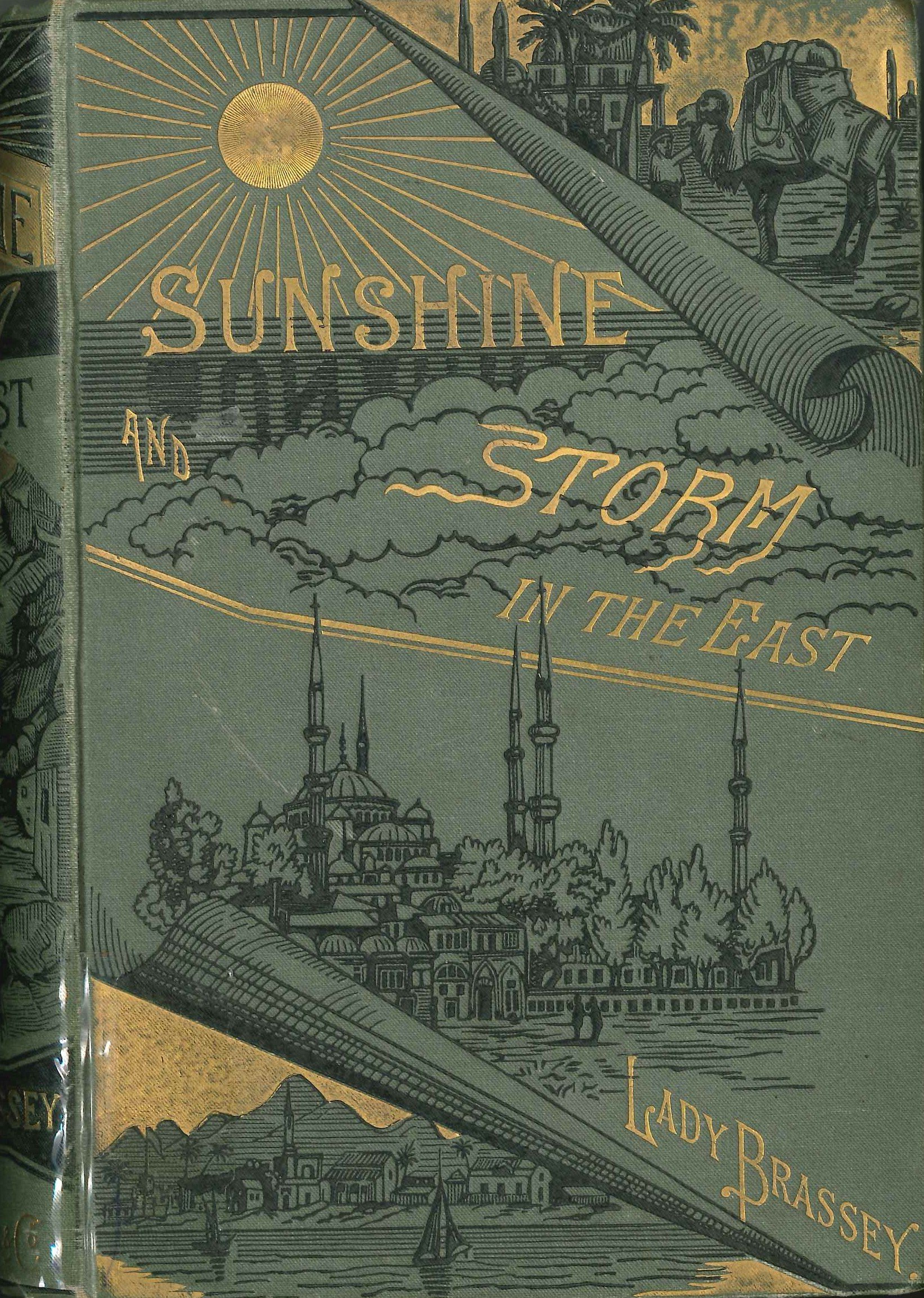 While you in this isle are biding,

You shall feast without providing,

Every dainty you can think of,

Every wine which you would drink of,

Shall be yours; all want shall shun you,

Cere’s blessing so is on you

Anna ‘Annie’ Brassey Allnutt, daughter of Elizabeth (Burnett) and John Allnut was born in London, on 8 of October 1839. In 1860 she married M. P. Thomas Brassey, later Earl Brassey; her husband was a Member of Parliament and along with their 5 children they lived at Normanhurst Court in Sussex.

Lady Brassey was an English travel writer and philanthropist that wrote bestselling travel diaries of her sea voyages with her family around the world aboard her luxurious steam yacht, The Sunbeam. Brassey's description of her travels are accompanied by many delightful illustrations and are vividly written in considerable detail. She presents the domestic life on board in the lightest way and makes the inconveniences that occurred, food for humor instead of turmoil. A most fascinating woman with an enlighten way of describing new experiences and acquaintances, she possessed a keen eye for taking into account small details and describing all that she saw, while showing less condescension towards the locals and the foreigners, as it was often exhibited by many Victorian travellers.

In Sunshine and Storm in the East, or, Cruises to Cyprus and Constantinople she presents a daily diary of her voyages to Constantinople, Portugal, Spain, Morocco, Italy, Greece, Turkey and Cyprus in the mid-1870s. The modern reader while reading this enchanting book fully grasps the nineteenth-century European fascination with the ‘Levant’, by the vivid descriptions of the natural wonders, cultural distinctions combining both exotic descriptions of people and places with lively accounts of the domestic life of the locals.

She found Cyprus coasts at first glimpse: ‘The coast is high, rocky and at present very brown and bare-looking […] Both sky and sea were of the most lovely blue, as we crept along the shore […], was amazed at how cheap life in Cyprus was: ‘I bought a quantity of spinach, artichokes, capsicums, tomatoes, onions [..] amply sufficient for ourselves and the crew [..] for 2 s,!’ But found the Cypriot women somewhat lacking. Venus certainly has not left behind her much of her beauty as a legacy to this her favourite isle, The women have almost all good eyes and features, but bad complexions, teeth and figures.’ She found the Cyprus climate optimal: ‘Personally I am much better for my visit to Cyprus. In fact, I never felt really any improvement in my health till I landed here,’ and overall, she thoroughly enjoyed her time in Cyprus: ‘[..] we soon afterwards bade farewell to Cyprus, where the past ten days have been so agreeably spent.’