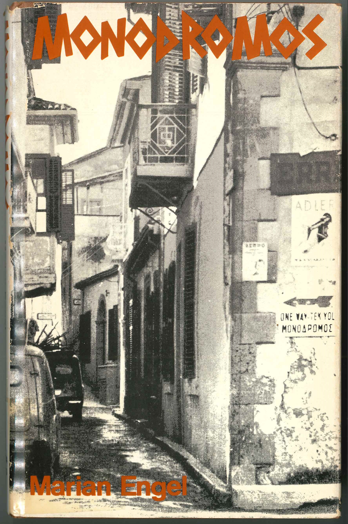 For a long time I haunt olive merchants, speaking to them in borrowed words.

Marian Ruth Engel was a Canadian novelist, short-story and children's fiction writer and a passionate activist for the national and international writer’s cause.

Engel was born May 24, 1933, in Toronto, Canada. In 1955 she obtained her Bachelor of Arts degree in Language Studies at McMaster University. Then, in 1957 she attended McGill University where she received a Master of Arts in Canadian Literature.

While in England, Engel met her future husband, Canadian Broadcasting Corporation (CBC) radio producer and a mystery novel writer, Howard Engel. They got married in 1962 and moved to Canada where they had twins William Lucas Passmore and Charlotte Helen Arabella, but the marriage ended in 1977.

Engel was the first chair of the Writer’s Union of Canada (1973–74) and helped found the Public Lending Right Commission. She taught for a brief period in various Universities and schools, like McGill University, the University of Montana-Missoula and St. Johns school in Cyprus. From 1975-1977 she served on the City of Toronto Book Award Committee (an award she won in 1981 for Lunatic Villas) and the Canadian Book and Periodical Development Council. From 1965 to her death in 1985 she corresponded with literary peers and friends such as Hugh MacLennan, Robertson Davies, Dennis Lee, Margaret Atwood and many more.

She wrote many books, her most successful being the controversial book Bear, the No clouds of Glory, two children’s books Adventures of Moon Bay Towers and My name is not Odessa Yarker and Monodromos.

Monodromos is a somber, intensively sensitive and delightful read. The story takes place in the island of Cyprus where the female protagonist, through her deepening involvement with the island’s life, examines the contemporary life of local women and their various relationships in the society along with their personal affairs and comes to the conclusion that this place, for her, is a monodromos, in Greek - a one-way street.

[…] The island lies yellow and skinny and underfed in the weaking sun, resigned and lazy. Aphrodite fetched up along the coast there on her seashell […]