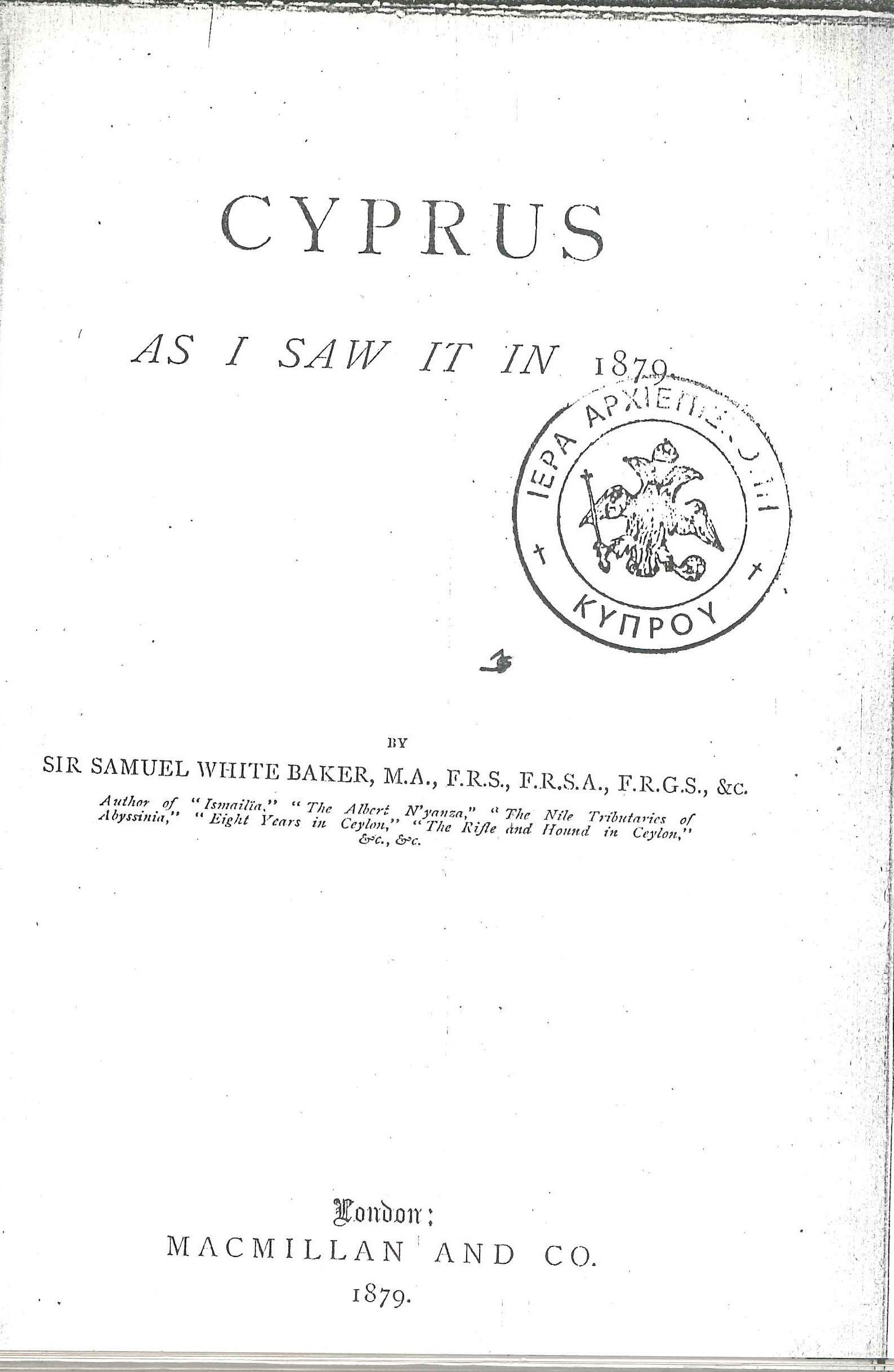 “I do not intend to write a history of Cyprus, as authorities already exist that are well known, but were generally neglected until the British occupation rescued them from secluded bookshelves.”

Samuel White Baker was an English explorer who helped to locate the sources of the River Nile. He was born in London on June 8, 1821 and was educated in England and Germany. The son of a merchant of the West India Company, he did not follow in father’s footsteps. Young Samuel, enthralled with the natural world and blessed with an inquisitive mind that often landed him in trouble, choose the life of an adventurer. Baker was often snubbed by Victorian society because of the controversial way of how he met his second wife, Florence, whom he bought from the white slave markets of Transylvania and who was his constant companion in his future explorations. An abolitionist, he fought to suppress the slave trade in Southern Sudan. He founded an immigrant colony in Ceylon, supervised the construction of a railway connecting the Danube with the Black Sea and published several books about hunting and his various adventures such as: The Rifle and the Hound in Ceylon (1853), Eight Years’ Wanderings in Ceylon (1855), The Albert N'Yanza Great Basin Of The Nile; And Exploration Of The Nile Sources (1866), Ismailia – A Narrative Of The Expedition To Central Africa For The Suppression Of Slave Trade, Organised By Ismail, Khadive Of Egypt (1874) and Cyprus as I saw it in 1879 (1879).

A very well written view of Cyprus from 1879 from the perspective of a British traveller whose opinion of the island is both good and bad. “I shall recount my personal experience of this island as an independent traveller, unprejudiced by political considerations, and unfettered by the responsible position of an official.” Baker refers to the names of places and arid landscapes unfold in his journeys, the vegetation, or the lack of, the various types of rocks that make up Cyprus, his encounters with the locals, the way things worked and the cultural differences. All in all, many of the places he visited have changed beyond recognition by now, while others are still recognizable. His varying adventures bring vivid memories of his time there and the modern traveller can easily relate to them.

“All travellers are well aware that their servants and general entourage delight in towns or villages, as they discover friends, or make acquaintances, and relieve the tedium of the journey[..].”

Join us in the Research Centre to enjoy Sir Baker’s explorations into the wilderness of Cyprus.