Did You Know? Slaves in Cyprus 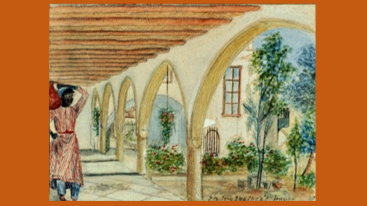 With the Ottoman conquest “slavery”, in the sense of parici used in the medieval period, ceased. The Ottomans “freed” all Christian Cypriots and took hundreds of Venetians as slaves to be sold in the markets of the Middle East.

Slaves in Cyprus therefore referred to some small number of “bought” slaves by Moslems and rich Christians residing mainly in Larnaca who, through sources, we understand were around 40-50 persons of which half were black. They worked as servants or in the fields.

According to Ronald Jennings (1993 240-6), they were the largest group imported to Cyprus followed by the Circassians. In 1824-5, Papadopoulos writes that there were 28 Arabs, meaning blacks from Egypt working in local families.

In 1835, the American missionary Lorenzo Warriner Pease mentions in his diaries that many negroes from the nearby regions, especially Egypt, landed at the quarantine station. “They had nothing upon them but a cotton shirt reaching down to their ankles and some not so well covered. One poor little boy was so weak that he was not able to support himself and was helped by the driver. They are worth 34 dollars each.” In November 1855 the British Consul in Rhodes wrote to the British Vice Consul in Cyprus to make inquiries into the landing at Larnaca of a number of black female slaves and to ascertain if “the Consular agent of Prussia was furnishing the capital with this shameful commerce” (Luke, 1936, 201)

In January 1872 R. H. Lang wrote to the British ambassador Sir Henry Elliot, reporting a revival of the slave trade in Cyprus, by the importation of from the negresses coast of Barbary. Negroes became part of the population and when the British arrived on the island in 1878, some of them were recruited in the Cyprus Police Regiment. Esme Scott Stevenson, in her book Our Home in Cyprus (1879) wrote that while walking in the bazaar of Nicosia she remembered Sir Charles Dilke’s statement that slavery was still extant in Cyprus. “The natives amused me most. Some of them were the very blackest people I ever met. These men generally were the servants of the higher class of Turks. They serve without wages receiving only a certain amount of oil and bread and their clothes... they never dream of leaving their masters and go on in the same service from father to son”. Stevenson was referring to Tuslar Bazar, where one could buy anything from the East, carpets, spices, nuts. On the street sides were seated the black slaves, mostly women, from Africa, for sale. They cost 5-15 pounds each. It is a fact that even Christian Cypriots later continued to have such servants within their families which were commonly called “parayios” or “parakori”.

According to Hepworth Dixon in British Cyprus, (1879, pp. 6-8): An Arab, bare and brown of black,a red fez hanging on his pate, a white rag twisted round his loins, is standing on a beach, watching some sailors haul out poles and planks from a shore-boat...Losh (the Arab) is a type of Cyprus in the act of passing from the Sultan to the Queen. There was no discrimination by the travellers in their texts, against blacks. They lived in Cyprus brought over from Turkey or Egypt as soldiers, labourers, convicts or slaves. Slavery still existed in Cyprus in 1878. A case of a runaway negress slave who sought asylum in the French consulate and was granted her freedom by the court was recorded in The Times October 12, 1878, p.4e. Part of these settlers assimilated with the local population while a number of convicts were shipped to Turkey during the early years of British rule. A few years after the arrival of the British, the slave concept was totally erased in Cyprus.