Did You Know? Names of Cypriot cities 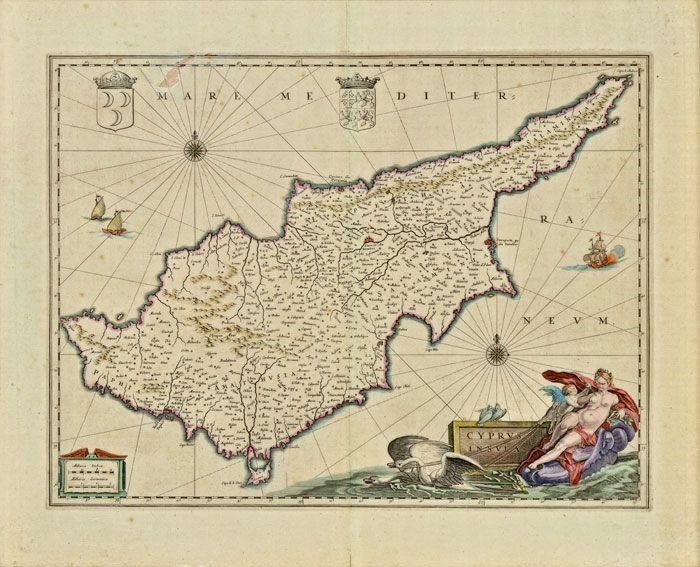 Paphos: Son of Pygmalion and Galatea, Paphos is often thought to be the founder of the city to which he gave his name.

Larnaca: The name of the city comes from the many sarcophagi that were scattered in the area, from the Greek word Λάρναξ (larnax). The city is often referred to as Skala, which means ladder and could be an interpretation of the French Les Eschelles, the ladder as a measure, which also signified a place of commerce on the coast of the Mediterranean. Many travel books refer to the eschelles du Levant. Also known as the Salines, due to the salt lake and production of salt.

Kyrenia: Cepheus from Arcadia is believed to be the founder of the town of Kyrenia. A military leader, he arrived at the north coast of the island bringing with him many settlers from various towns in Achaea. One such town, located near present-day Aigio in the Peloponnese, was also called Kyrenia. This is said to be the home of the mythical Ceryneian Hind (Greek: Κερυνῖτις ἔλαφος, Kerynitis elaphos) from the 12 Labours of Hercules. During the medieval period the word Cerines was used which by the Ottomans was corrupted to Girne.

The earliest mention of Nicosia is "Lidir". The name Ledra and variations (such as Ledroi) remained in use as late as 392 AD, when it was used in writings by Saint Jerome.

But the name Lefcosia probably comes from Lefkothea, the white goddess of the sea. It refers to Aphrodite or some other goddess who every year would cross the seas to find and resurrect her dead son. People threw offering into the sea for the dead. From Lefcothea the word became Lefkousa and then Lefcosia.

Another legend relates how there was a siren named Leykousia who is mentioned in the biography of St Trifyllios, patron saint of Nicosia. According to Greek mythology, Nicosia (Lefkosia in Greek) was a siren, one of the daughters of Acheloos and Melpomene and its name translates as "White State" or city of White Gods. According to Sozomeno, the name comes from the word Leyteon.

However, the city is also referred to as "Leucotheon", and early Christian sources are the first to use similar variations of the name Lefkosia (e.g. Leuteonos). The origin of the name "Lefkosia" is considered by scholars to be a "toponymic puzzle". The name is recorded in the majority of Byzantine sources as "Leukousia", and it is accepted in literature that the name "most probably" derives from the Greek phrase "leuke ousia" ("white estate").

In Byzantine times, the town was also referred to as Λευκωσία (Lefkosia) or as Καλληνίκησις (Kallenikesis).

The exonym Nicosia appeared with the arrival of the Lusignans. The French-speaking Crusaders either could not, or did not care to, pronounce the name Lefkosia, and tended to say "Nicosie" translated into Italian and then internationally known as "Nicosia".

Famagusta: In ancient times the small city was called Arsinoe in honour of the sister, or wife of King Ptolemy II Philadelphus. There are many theories as regards the origin of the name of Famagusta. One is that the names come from the words Fama + Augustos (famous Augustos) and the town was named in his honour. The most widely accepted theory is that it derives from the Greek “Ammochostos,” meaning “buried in sand.” Sir Harry Luke claimed that the Lusignan rulers changed the name from Ammochostos to Famagusta in the medieval period. Since 1571, Famagusta has been called Mağusa, the name given to it by the Arabs during the Arab raids and was used by the local Ottoman Muslims (Turkish Cypriots).

Limassol: During Byzantine rule it was known as Neapolis (new town). The town was often referred to as Nemesos either after the name of the Byzantine General Nemeson, or from the word Nemus which means forest. Nemesos means in the middle (of the forest). Often the town appears as Limisson. This name is believed to have derived from the Greek word limin (λιμήν=harbor).