Did You Know? Church Bells in Cyprus 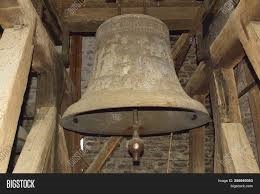 The first bell to be rang during the Ottoman period was at Omodos village, at the church of the Holy Cross in 1812.

The Franciscan monastery of Terra Santa in Larnaca also had bells by 1843. Freedom to use church bells was granted in the country by 1858 but not in Nicosia which was deemed to be primarily a Turkish city. Repeated appeals to the governor for permission failed until September 1857 when a small bell was hung at Phaneromeni church. This caused an upheaval. The Archbishop was afraid of the Governor’s wrath, even though the Sultan had permitted the use of bells. But the Governor was ignoring the fireman. A dispute arose; did the Sultan allow for one bell per church or one bell in one church? With the help of the French consul, it was decided that a bell should be hung at the Cathedral of St John. Interestingly enough there was a difference between the attitude of the Archbishop, who did not want to clash with the Governor and the attitude of the French consul who wanted his zeal to champion for the cause of the Christian subjects of the Sultan. It appears that some bells were hung by 1859.

After the outbreak of 1831, the British deemed it necessary to restrict the ringing of bells which was associated then with calls to outbreaks and violence. No bell ringing continued until 1934.