Did You Know? Arrival of Sir Garner Wolseley in Cyprus 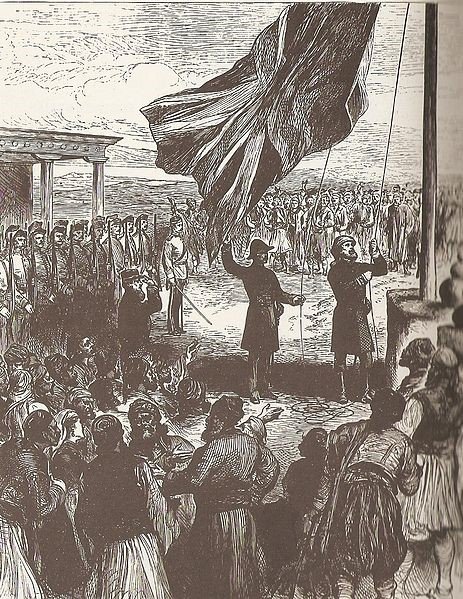 On 12 July 1878 Vice-Admiral Lord John Hay hoisted the Union Jack at before the barracks at Paphos Gate in Nicosia.

He gave a short address to the crowd and George Kepiades responded expressing the hope of the Cypriots for prosperity and full political liberties. An incident occurred: a Turkish officer provoked a Greek, drew his sword and would have cut him down had he not escaped among the crowd.

On 15 July 1878 the British flag was officially hoisted in Larnaca and on the 20th in Famagusta. On 22 July 1878, Sir Garnet Wolseley arrived at Larnaca in H.M.S.Himalaya. The fort was occupied by British marines. The Queen’s commission was read and Wolseley was sworn in as High Commissioner and Commander-in-Chief of the island. The next day he issued a proclamation in which he gave assurance of the Queen’s wishes for the prosperity of the island and her desire to take measures for the promotion and development of commerce and agriculture and endow the people with the benefits of liberty, justice and security. Silence as concerns the grant of a constitution left a void in the hearts of Cypriots.

A bit later a constitution which some thought liberal and others absurd was granted.