Edward Vizetely, From Cyprus to Zanzibar by the Egyptian Delta: the adventures of a journalist in the isle of love, the home of miracles and the land of cloves, C. Arthur Pearson Limited, 1901 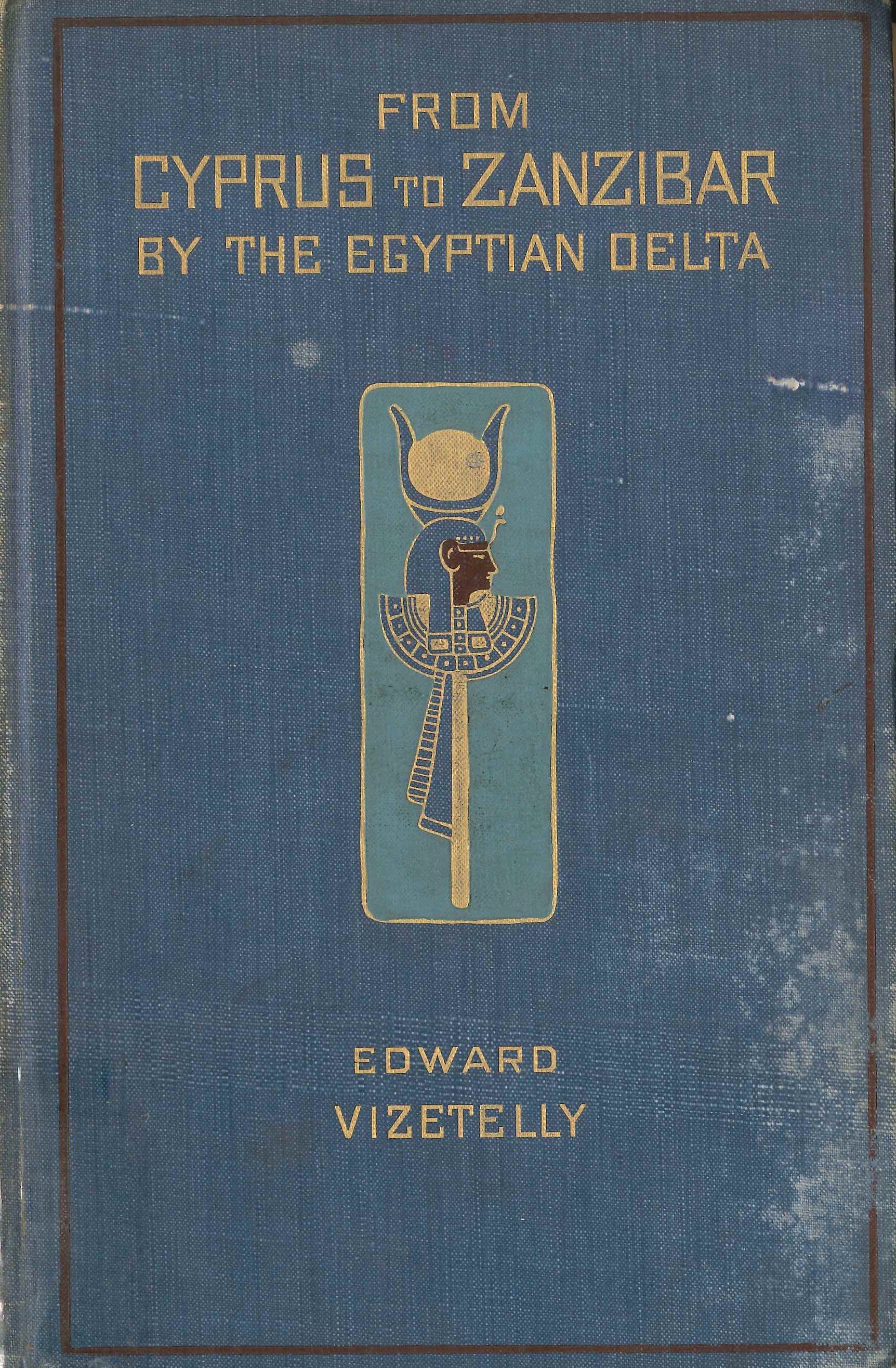 Edward Vizetely, From Cyprus to Zanzibar by the Egyptian Delta: the adventures of a journalist in the isle of love, the home of miracles and the land of cloves. Illustrated with many photographs by L. Fiorillo of Alexandria and others, C. Arthur Pearson Limited, 1901

Edward Vizetelly (1847-1903) came from a long line of printers, engravers and publishers. The family originated from Italy until their immigration to England in the 17th century. His father Henry Richard Vizetelly was one of the founders of the Illustrated London News and a publisher.

Edward Vizetelly was a prominent and perceptive war corresponded for newspapers like the Daily News and the New York Times, were he was assigned to record the Franco-Prussian War. When news reached Vizetelly, that by the treaty of Berlin, the island of Cyprus passed under the dominion of Great Britain: “Had a report gained credence that a rich gold mine had been discovered in the ancient isle […] the excitement could hardly have been greater.” Without further ado, he set sail for the island of love where he resided there four years (1878-1882), since he was asked to report about the island.

In his book “From Cyprus to Zanzibar by the Egyptian Delta: the adventures of a journalist in the isle of love, the home of miracles and the land of cloves” he records his journey to Larnaca, the happy arrival of immigrants, a public execution he happen to view: “I shall never forget the scene at the public execution in one of the courtyards of the Konak”, the very different ways of living: “How dirty this English must be, one Cypriot lady who let lodgings was heard to remark to another; they are always washing themselves !” and eating habits between the British and the Cypriots: “Far from living like the Cypriots on goat and pillaf, salt anchovies and olives, tomatoes and stringy cheese, cucumbers and fig-peckers […] the British immigrant chiefly relied for nutriment on the hundred and one different kinds of preserved foods […].” and to stir the pot with his writings about the Cypriots and the Cypriot way of life and news by starting a:” tiny news-sheet, on which we had the courage to bestow the name of Cyprus Times” along with Nicolas Rossos.

Although, his views and those of fellow travel writers were a bit biased at times, thanks to their writings we can open a door to the past, enter and smell the rich salty air of the “The Strada”, taste the food, meet the locals and breath in the air of Cyprus. Vizitelly’s vivid descriptions of people and places makes this book a most engaging read.

Join us in the Research Centre of CVAR and request to view Vizetelly’s Cyprus along with many more delightful books.