This album, containing 100 items, is made up almost entirely of postcards, both picture and photographic. Of the photographic postcards, the majority are portraits or group portraits of young soldiers from Highland regiments. The original owner of this album, Private Albert Dawson, was part of the 2nd battalion of the King’s Own Scottish Borderers and, as such, his photos are largely of other members of the King’s Own Scottish Borderers. Other postcards include coloured photos or prints of monuments in Egypt and in Cyprus, as well as a few from Great Britain. Of those photographs which are dated, all are from the 1920s. Few photographs are inscribed apart from the occasional dedication on a portrait. As a result, the titles are mainly based on the subject of the image or on a description of the content. 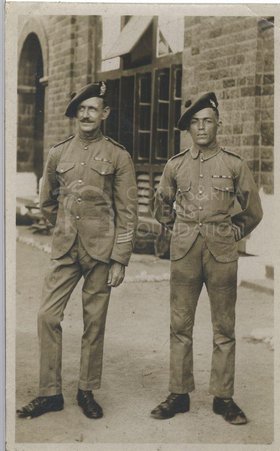 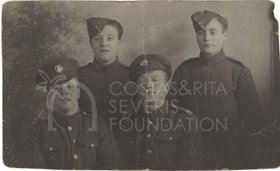