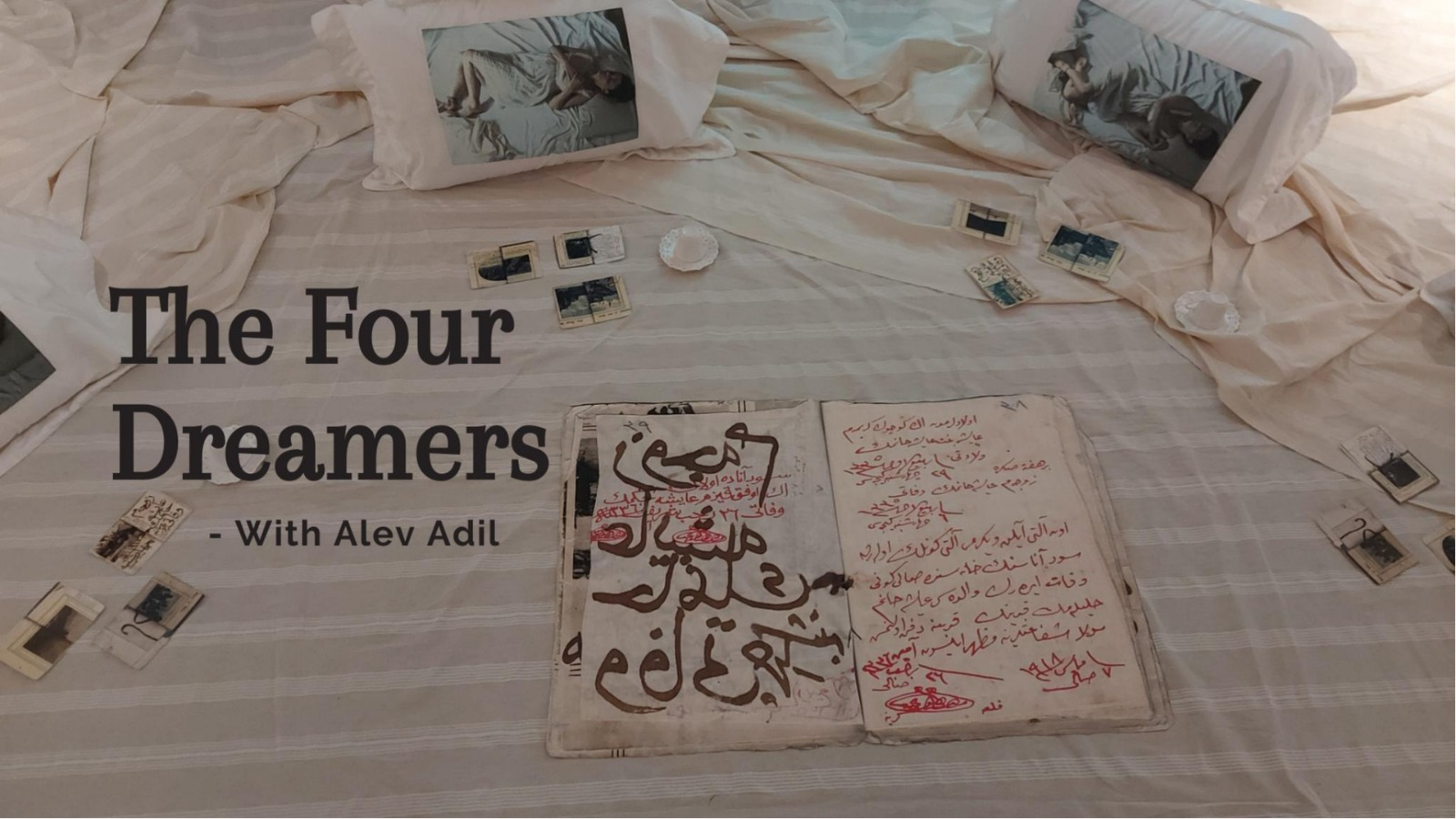 She will tell the story of the four angels of Istirahat and Ilham, angels of dreaming, silence, intimacy, indeterminacy. Four pillows await their dreamers, their diviners, those who will read the past and remember the future. Their cards are dealt, the past told, the future foretold but both remain undeciphered.

Adil deploys performance and installation to create spaces of autobiographical reverie at the limits of reason and reminiscence. Memory is central to the act of poiesis, and poetics to the evocation of memory. Her work explores the aftermath of trauma at the borders between memory, dream, and poetry to examine how memory and imagination develop and change through mediation and repetition. Her practice investigates the borderlands between the individual psyche and collective memories and between internalised affect and externalised voyeurism.

Adil’s work is held in the State Collection of Cyprus and her photographic work, multimedia performances, installations and film-poems have been featured in magazines, used as book covers and been featured in galleries including Tate Britain, The British Museum and The Royal Maritime Museum in London, The Baltimore Museum of Art in the USA, Elektrozavod Gallery in Moscow and at Manifesta in Zurich. She has a PhD in multimedia poetics from Central Saint Martin’s, the University of the Arts in the UK, and has also published widely in international academic and cultural journals.

She is one of the twelve women artists participating in the exhibition Till we meet again at CVAR.