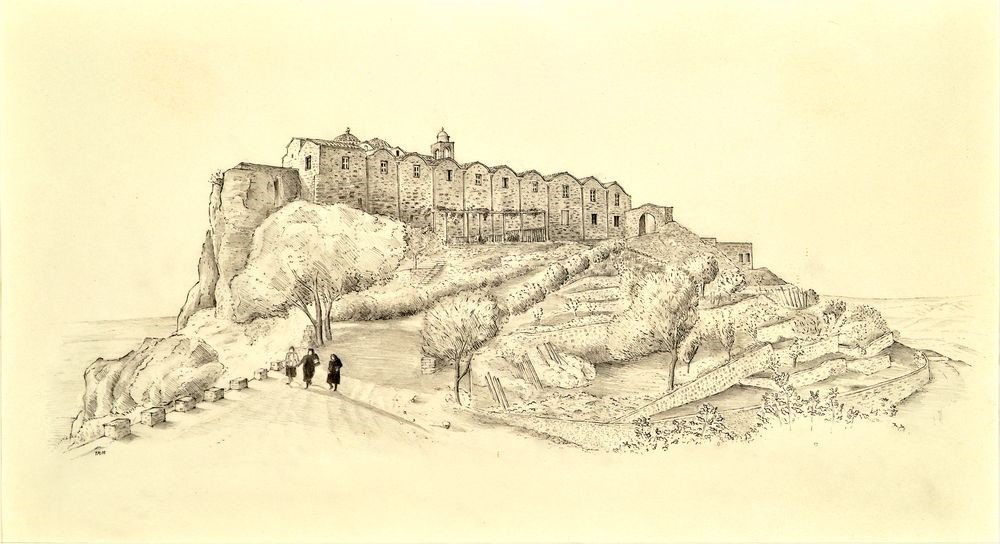 We continued our pilgrimage thence to visit the cross of the thief who was crucified on our Lord's right hand, and reached Lamezis [Limassol]. This is a city but slightly fortified, Iying by the sea, with a much frequented harbour. Here is the first suffragan see of the lord bishop of Nicosia. Near it are the vineyards of Engaddi, concerning which see the Song of Songs i. 14 "my beloved is unto me as a cluster of Cyprus in the vineyards of Engaddi.'' Here also balsam used to be found but is no longer found. The wines of the place are excellent; for their sweetness trust to our experience, for we tried and tasted them.

Hence we made the ascent of the mountain called of the Holy Cross, which outtops all the mountains of Cyprus. On its peak is a small convent. The life of its inmates, if they will allow me to say so, is very unlike that of monks. Within the convent is a small chapel, in which that precious cross is kept with much honour. It hangs and swings in the air, they say, resting on no support. But it is not easy to see this. This was the manner and this the reason of its being set there.

The devil, that enemy of all good, pursued the settlers and dwellers of this land with such malice that he used to tear up by night the bodies of the dead who had been interred during the day, and brought them back to the homes of their friends. So that the natives could not bury their dead. Helena the mother of Constantino who was then ruler there pitied their trouble, and set that cross which she had brought whole from Jerusalem, as it stands to-day, on that mountain; and thus she drove with power those malicious foes not only from the land, but from the lower air which is thought to be the prison of devils, as though she used that word of the Lord " let the dead bury their dead." And thus that ancient enemy, who conquered on the cross, was by that cross conquered.