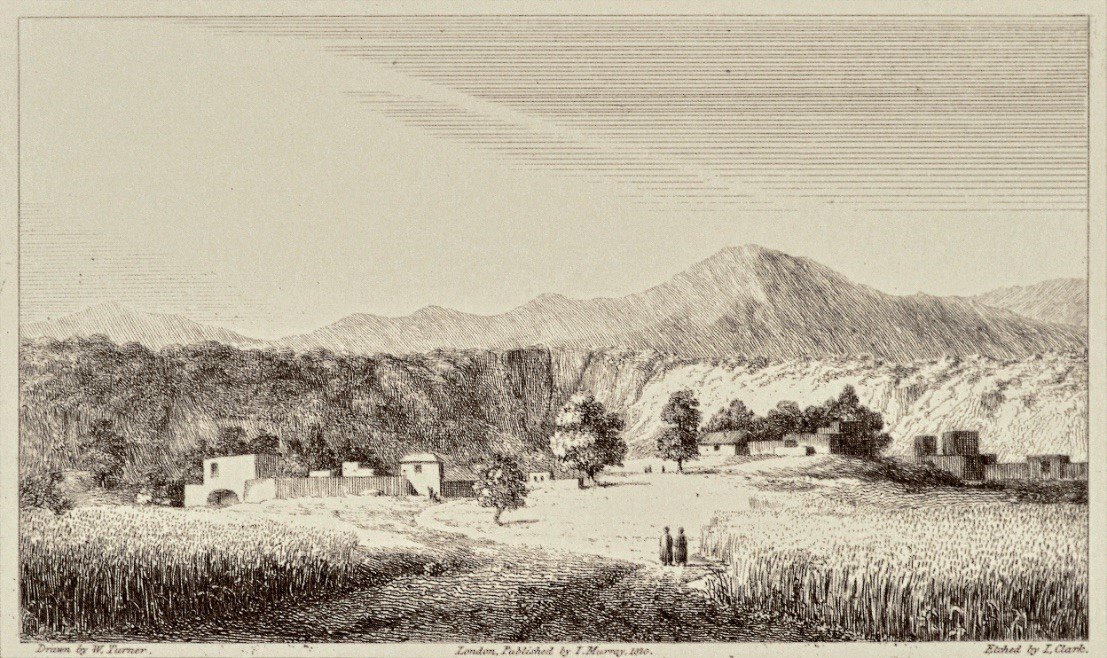 October 23. Therm. 92°. In the morning early I strolled about the ruins of Coukklia, among which I did not discover the remains of any considerable houses. There are three or four churches, which from Venetian became Greek, and are now quite in ruins. One only remains sufficiently entire to be still used: in the wall of this is a coarse black stone, about two feet long and one and a half high, bearing a Greek inscription, which, from the rude formation of the letters, appears of remote antiquity. (C.I.G. Boeckh, No. 2637.) In the ruins of another church was a large stone of grey granite, with another Greek inscription of Roman date. {Boeckh, No. 2629.).