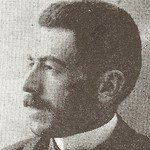 The American missionary Lorenzo Warriner Pease tries to describe the system of governance on the island:

The island of Cyprus is farmed out by the Sultan to whoever will give the greatest sum.Sometimes the Caputan Pasha, or a rich banker at Constantinople or other individuals farm it and under lets it. At other times the person who farms it also governs it. The appointment is made annually. If the people wish his re election, the chief Turks of the island together with the Archbishop and the Demogerens and sometimes some of the principal Greeks of Nicosia send a petition to that effect. Mr Pierides thinks they might safely dare to refuse to make such a petition, though they would not, as they enjoy a portion of the spoils. It would be more safe now than formerly. The Greek merchants formerly exerted some influence in this matter but to no avail.